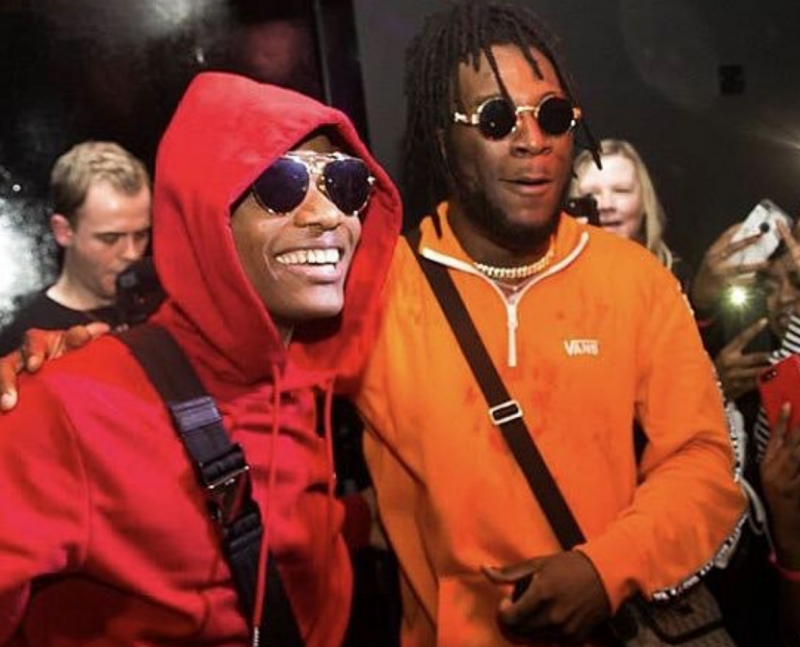 Grammy award winner, Damini Ogulu popularly known as Burna Boy, on Thursday lashed back at critics, saying he was not in any way in competition with fellow singer, Ayodeji Ibrahim Balogun aka Big Wiz.

In a recent live broadcast with American–Haitian Hip Hop disc jockey, DJ Whookid, Burna Boy reaffirmed that he has never thought of Wizkid as a competition as they are on different levels in life.

This comes after the artiste was asked how he felt after being nominated for the same categories of awards with Wizkid.

“Nah, we’re on two very different lanes in life, you know? And the only similarity really, is the fact that we’re from the same place and we love each other, you get me? That’s what brings us together.”

“It’s where we’re from and the love we have for each other. Other than that, we’re on two different lanes mehn. Wiz is about the b*ches, you get me? Wiz is all about the b*ches. Me? I’m about real life… and the b*ches,” he stated.