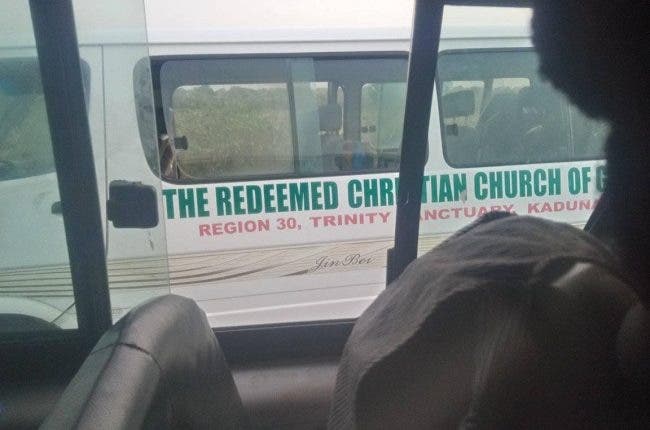 Kidnappers of the eight members of the Redeemed Christian Church of God, who were abducted while travelling for a religious programme have demanded a ransom of N50 million for their release.

Recalled that an engineer, Mr Eje Kenny Faraday, who said he “narrowly escaped being a victim,” had broken the news on his Facebook wall with the photograph of the empty bus around 7.00 p.m. on Friday.

“All passengers in the bus are just kidnapped along Kachia Road, Kilometre 63 from Kaduna,” he posted on his Facebook wall.

The inscription on the side of the bus reads, ‘The Redeemed Christian Church of God, Region 30, Trinity Sanctuary, Kaduna.’

He added that eight members were kidnapped from the church bus at about 6:00 p.m while on their way for a church assignment.

“It’s true. It hapened around 6:00 p.m. They are asking for N50 million,” the RCCG cleric, who is Special Assistant to the General Overseer, disclosed.

Related Topics:FacebookFeaturedKadunaRedeemed Christian Church of God
Up Next