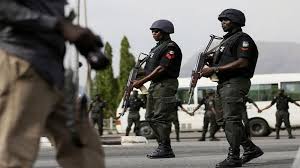 The Police Command in Kwara says it has prosecuted 20 alleged rape suspects within the last six months.
Mr Ajayi Okasanmi, Police Public Relations Officer of the command, told the Newsmen in Ilorin that the alleged rape cases happened between February and August.

SP Okasanmi, who spoke on the sideline of a round-table meeting organised by the International Women Communication Centre (IWCC) to discuss gender issues and accountability, said that the command was not handling cases of rape with levity.

“In the recent time, we have charged more than 20 people to court over this issue of rape.

“Before, people tend to compound the issue of rape based on the fact that we are family; he is my cousin; we are from the same community.

“So, we encourage ladies who have suffered indecent assault to report it”

MORE READING!  Lagos to commence computer based test for 210 pupils

“Ordinary touching of a lady on an improper part of the body, should be reported because from there, it can graduate to any other thing.

“So we are not taking it lightly and the Commissioner of Police is strongly against such occurrences,” he said.

Okasanmi said victims of gender based violence have to know that it was a criminal offence, hence the need to report to the police appropriately.

He added that the era of marital maltreatment was over as any husband found beating his wife or children would not be spared.

According to him, a unit has been created at every state police command to handle the case of gender based violence.

“Initially in those days, you see people beating their wives and children mercilessly and at the end of the day, they tell you she is my wife and I paid her dowry.

“But now, people are aware of the crime and the police being the law enforcers know it is a crime whether it’s your wife or husband,” Okasanmi said.

He asserted that with the current rate of help from gender based organisations, the issues of violence against women and children would soon become a thing of the past.