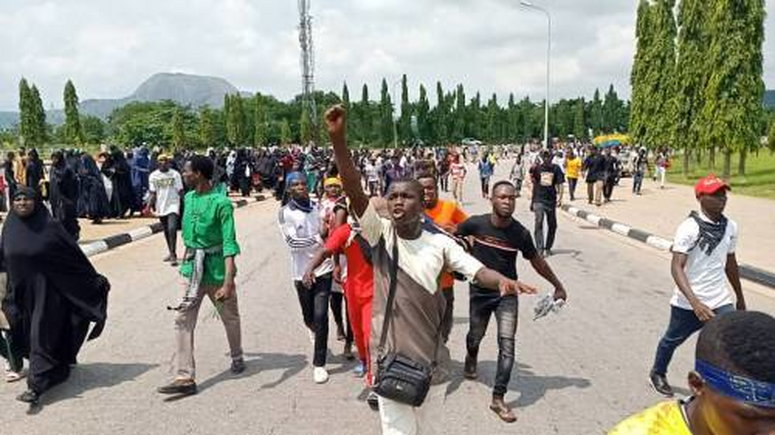 A passerby was killed when police allegedly fired gunshots and tear gas canisters to disperse a protest by members of the Islamic Movement in Nigeria (IMN) otherwise known as Shi’ites.

The incident was said to have happened around the Berger area of Wuse in Abuja.

The Shi’ites procession, which started at Utako, ended at Berger due to the pandemonium, The Nation reported.

An eyewitness told our correspondent that commuters and other members of the public took to their heels when the incident occurred.

The body was said to have been moved away by the police.

The Shi’ites have been demanding unconditional release of their leader, Sheikh Ibrahim El-Zakzaky, and his wife, Zeenat, detained by the government in a correctional facility in Kaduna State.