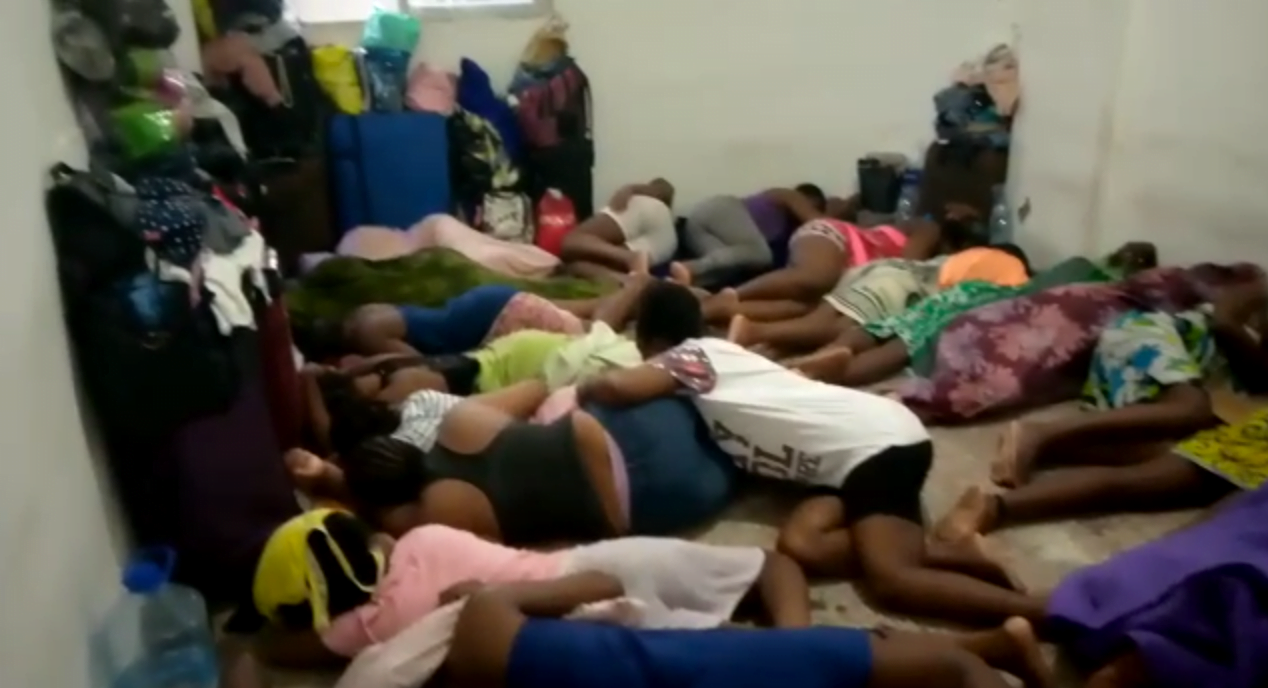 No fewer than ten Nigerian ladies in Lebanon have been reportedly arrested by their employers and barred from leaving the country.

According to SaharaReporters, the ladies are part of 130 Nigerian young women stranded in Lebanon and billed for evacuation.

It was gathered that their employers connived with the Lebanese Police to stop them from leaving the Asian country.

A source in Lebanon said the employers of the 10 ladies might be using them for prostitution, hence the reason they do not want them to return to Nigeria.

“It seems the employers of those Nigerian girls who do not accept their return are using those girls for prostitution and their voices has not been heard,” the source told SR.

In a letter to Nigeria’s Minister of Foreign Affairs, Geoffrey Onyeama, by the Nigerian Ambassador to Lebanon, Goni Modu Zanna Bura, it was stated that the Office of the General Security in Lebanon had withheld the exit clearance of the ladies and an arrest warrant had been issued on them.

“May I however regrettably, report also that the host office of the General Security had withheld exit clearances in respect of 10 ladies out of the returnees.

“This sad development was predicated on a report filled by their Lebanese employers to the police, in so doing, the 10 Nigerians were placed on stop list and subsequently a warrant for their arrest was issued by the authorities,” the letter by the ambassador reads partly.

The Nigerian ambassador promised that the mission will continue to follow up the case with a view to obtaining necessary legal approval and clearances to enable the safe return of the 10 ladies.

With the evacuation set to begin from Sunday (yesterday) through September 30, 2020, the ambassador said the mission will continue to monitor the case.

Related Topics:LebanonNigerian ladies
Up Next