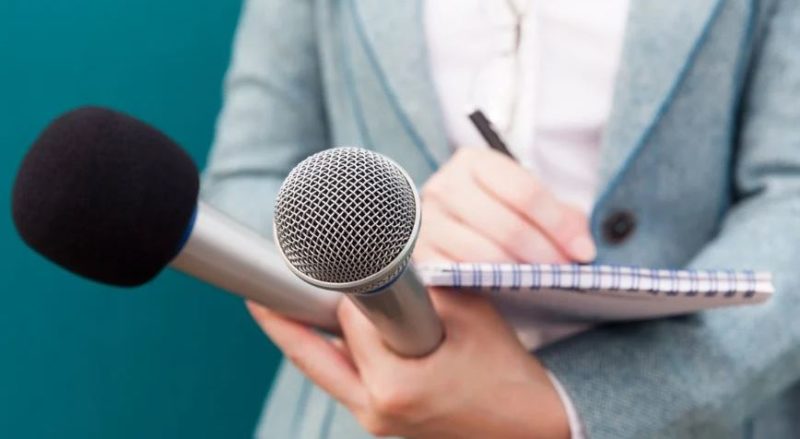 Nigeria is one of West Africa’s “most dangerous and difficult countries for journalists,” an international media watchdog has said.

Expanded state surveillance, the spread of disinformation, and arbitrary arrests of journalists who report critically on the ruling political establishment were cited as the main obstacles to press freedom by Reporters Without Borders (RSF).

In its 2020 annual World Press Freedom Index, RSF ranked Nigeria 115 out of 180 countries, in which one is considered the freest.

Other rights groups have also expressed alarm about conditions for the media in Nigeria over the past year.

The Media Foundation for West Africa said Nigeria was among the countries in the region where journalists are assaulted, attacked, or have had equipment seized and destroyed while covering COVID-19, the respiratory ailment triggered by the coronavirus.

“Nigeria enjoys relative press freedom… because we have very robust documents backing press freedom in the country — but, in reality, there’s very little to defend the beauty of [those laws],” he told VOA.

Under the administration of President Muhammadu Buhari, reporting on corrupt politicians, police brutality, human rights abuses, or even the Boko Haram insurgency, he added, is not only logistically challenging but potentially dangerous.

“These are the kinds of stories that journalists find a lot of difficulties having access to the information that should guide their work every day,” said Sunday, who regularly contributes to the Al Jazeera news site, the non-profit environmental publication Mongabay, and The Guardian newspaper.

“We’ve had journalists beaten, jailed, threatened, and their families humiliated, because they covered a story that a particular politician deemed to be very embarrassing.”

In April, the U.S.-based Committee to Protect Journalists (CPJ) reported that Ebonyi State Governor Dave Umahi questioned journalist Chijioke Agwu over a report about Lassa fever at a press conference and then ordered police to take him away.

According to the CPJ, the DSS agents drove Onitsha around blindfolded for hours before bringing him to a local DSS office, where he was interrogated and later released without charge on May 12.

Nigerian law says police may not detain any suspect for longer than 48 hours without a court order.

Nigerian lawmakers are currently reviewing legislation that would criminalize spreading false information online and allow the government to order internet shutdowns and block access to social media sites such as WhatsApp, Facebook and Twitter.

The 2019 Protection from Internet Falsehood and Manipulation Bill, which carries penalties including up to three years in prison or fines of up to 300,000 naira (U.S. $770), doubles down on Abuja’s efforts to criminalize free speech.

“Nigeria has criminal defamation on its books already, so this is just another example of the criminalization of speech,” Rozen told VOA, adding that the draft legislation has been criticized by journalists and civil society groups for being overly vague.

If passed, he said, it could become Nigeria’s latest tool for suppressing journalists.

“There’s already a Cybercrime Act, which was passed at the very end of [former president] Goodluck Jonathan’s term in 2015,” he said. Rozen said that legislation was similarly vague and “repeatedly used against the press.”

Journalists in Nigeria also risk arrest. While the number of imprisoned journalists across the continent has remained fairly steady over the past year, the CPJ reported that “freedom of expression is backsliding in… Nigeria, which does not bode well for journalists.”

Accusations of being anti-state are sometimes used against the media.

Omoyele Sowore, the founder of the U.S.-headquartered news site Sahara Reporters, was recently charged with treason after a legal dispute with Nigerian officials.

Sowore, who ran against Buhari in Nigeria’s February 2019 presidential contest, was detained in August for organizing nationwide rallies against corruption and allegations of unfair elections. He was held until late December, despite multiple court orders for his release.

“It is clear that the right to freedom of expression is increasingly under threat in Nigeria,” said a PEN International commentary about Sowore, who is on bail but restricted from leaving the country. PEN is a global network of writers.

Officials at Nigeria’s Washington embassy did not respond to VOA’s emailed requests for comment.

Aside from legal risks, Nigeria has a poor record in securing justice for journalists murdered for their work.

At least five journalists have been killed in relation to their work since 2010, according to CPJ, which ranks Nigeria 12th on its 2019 impunity index.

“We’ve had journalists who have lost their lives also along the way reporting some of the most important stories,” Sunday told VOA.