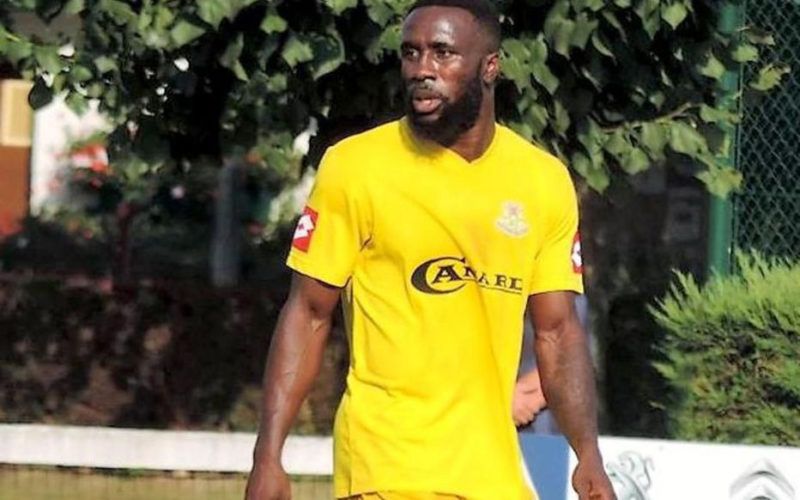 Tottenham and Ivorian defender, Serge Aurier has opened up on the death of his brother after he was shot dead this week in Toulouse, France.

Christopher Aurier, 26, was shot in the stomach outside a nightclub in Toulouse on the Boulevard de Thibaud around 5 am on Monday morning, July 13.

He was pronounced dead at Toulouse University Hospital.

Less than 48 hours after the incident, a suspect in the murder case turned himself in to Police on Tuesday evening and admitted to murdering the 26-year-old.

The Ivorian international has revealed he learned of the sad news after a friend sent him a tweet before he told his mother.

Aurier also confirmed that his brother was killed by his love rival over his ex-girlfriend, and insists that he does not feel any ‘hatred’ towards the killer.

“It was 7am. I was in bed at home when a friend sent me the image of a tweet.

“I asked if he was with his girlfriend. But he had come home and gone out.

“I had to quickly tell my mother and anticipate it. I stayed in bed all day without moving. It has been a difficult day.”

“I met one of the friends who was with him. It’s a girl story. He was talking to an ex from a long time ago. Her new boyfriend wanted him to stop.

“Christopher did not answer. He ignored him. The guy went to buy food. He came back and shot him.

“His friend is a brave man. It’s hard to be with someone and see them dead the next second. I told him not to be angry. It was his day.”

Adebayo Akinfenwa speaks on not playing for Eagles