Amidst his wild jubilation, he defaced his car with creative graffiti to express his overwhelming excitement of being free from years of staying in an unhappy union.

Some of his photographs have since gone viral on social media.

The new divorcee also expressed delight for not forfeiting his only car to the ex-wife.

He described the popular saying that ‘money can’t buy happiness’ as wrong, stating that his hard-earned money paid for his own happiness through a divorce.

Below are some of what he wrote on the car;

I am fucking done!!

Happily never after!! Happy days on the way!!!

Whoever said money buy happiness .. never paid for a divorce before. 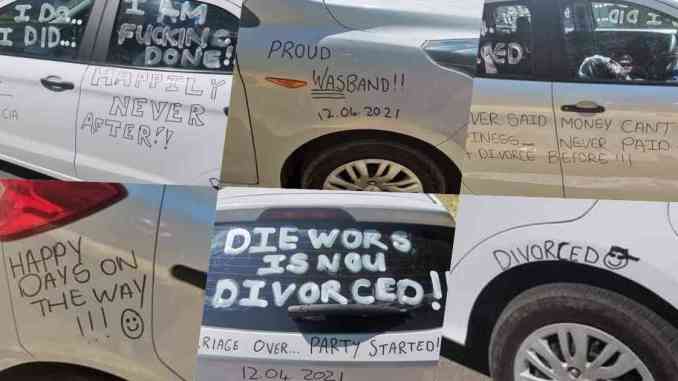 Related Topics:court dissolved marriageMan defaces car with graffiti
Up Next