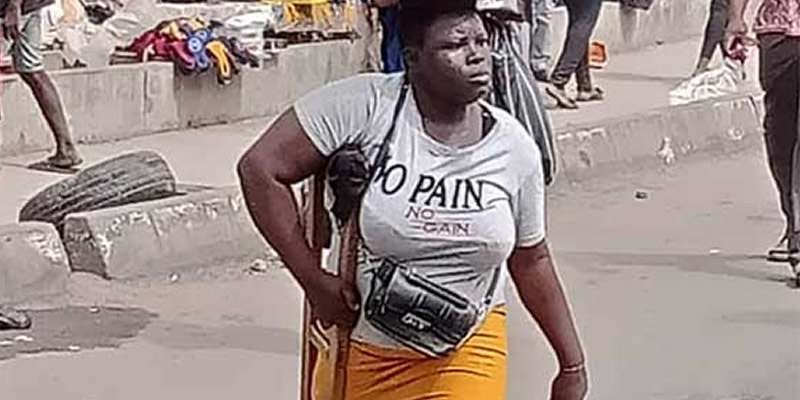 A Nigerian man has gone viral after he was caught on camera proposing to a physically challenged lady who hawks sachet water after she has been supported with over N14M.

Recall that the lady, Mary Daniel, whose leg had been amputated, was seen hawking sachet water on the streets of Lagos State and was interviewed by The Punch.

In the interview, she revealed she was impregnated in 2018 by a man who denied responsibility, forcing her to relocate to Delta State out of shame. Daniel relocated to Lagos about two weeks ago, hawking bottled water in chaotic traffic and passing the night on the balcony of a building on Suwebatu Street, Oshodi, a Lagos State suburb.

Nigerians, who were moved by sympathy and love, reached out to her and donated money to give her a new lease of life. The donations amounted to just over N14m.

Now, a man, who probably never gave her a second thought before, has decided she is his heartthrob now that she is wealthy.

A blogger, Tunde Ednut took to his Instagram account to reveal that after she’s been richly blessed a man all of a sudden wants to propose to her so as to eat from her wealth.

“Them don give this woman money now, this one wan to propose. You wan chop the woman money abi? 🤣🤣🤣🤣 We no want Ooooooooooooooo….. SWIPE LEFT!!!” 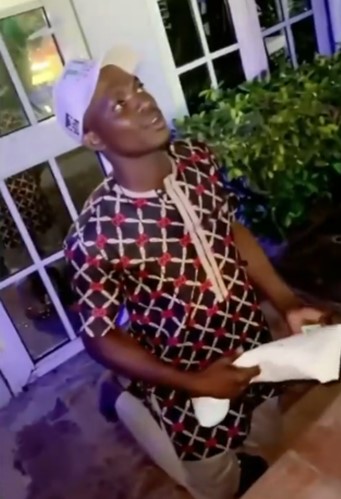