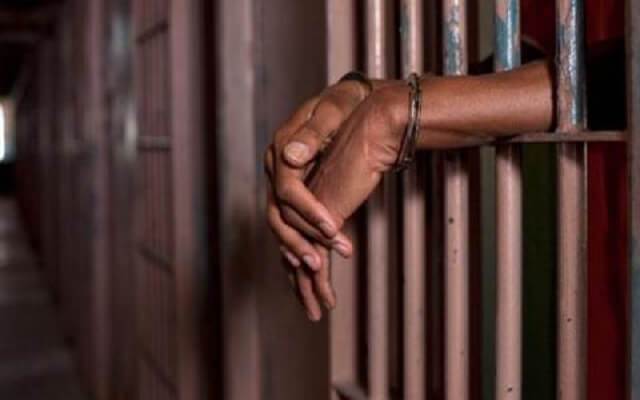 A 49-year old man, Identified as Emeka Ukaonu has been arrested for allegedly molesting and defiling his 15-year-old daughter.

According to reports the incident happened at Akeem Lawal Street, Shibiri area of Lagos, where they reside.

The girl revealed what she was passing through in the hands of her father and the matter has been reported to the Police in the area, which led to his arrest. He was later transferred to the Gender Section of the Command for interrogation.

The suspect, Ukaonu, was said to have initially denied until his daughter gave a detailed account of how she was molested and defiled by his father.

After interrogation, the Police found him culpable and subsequently charged him before the Ogba Magistrates Court for defilement, which attracts life imprisonment if he is tried and found guilty before the Court.

However, the Court did not take his plea after the prosecutor, Supol Ezekiel Ayorinde, asked the Court to refer the matter to the DPP for advice.

Hence, the Presiding Magistrate, Mrs. B.O. Osunsanmi, ordered his remand to Correctional Centre and directed the prosecutor to duplicate the file and send it to the DPP for advice.

It was said that Ukaonu may likely be transferred to the High Court for prosecution for the alleged offence if the DPP finds him culpable and recommends his trial over jurisdiction.

Nine on trial for smoking Indian hemp in public