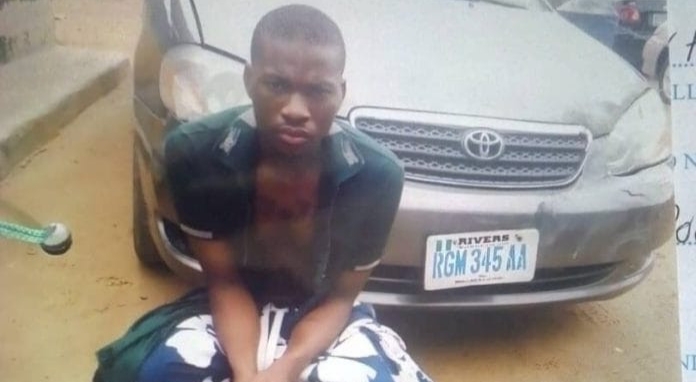 A 23-year-old man identified as Solomon John has been remanded by a Magistrate Court sitting in Port Harcourt and presided over by Chief Magistrate, Nneka Eze-Obuzor on Thursday, October 8 for allegedly stealing a vehicle.

It was gathered that the defendant was also accused of having in his possession an AK47 rifle and magazines when he was arrested by men of the Rivers State Police Command.

According to report, the court remanded John at the correctional facility in Port Harcourt while his case file has been sent to the state Director of Public Prosecution for legal advice.

The charged sheet marked as PMC/833c/2020 with a photograph revealed that the defendant is now facing three count charges ranging from stealing to illegal possession of a firearm.

“That you (Solomon John) have in your possession, a Toyota car registered in Lagos number FST 485 FR, gold colour with chassis number INXBR32E36Z586327 and Engine Number IZZ6293191 valued N1.8million suspected to have been stolen which you can not give an account of,” it reads in part 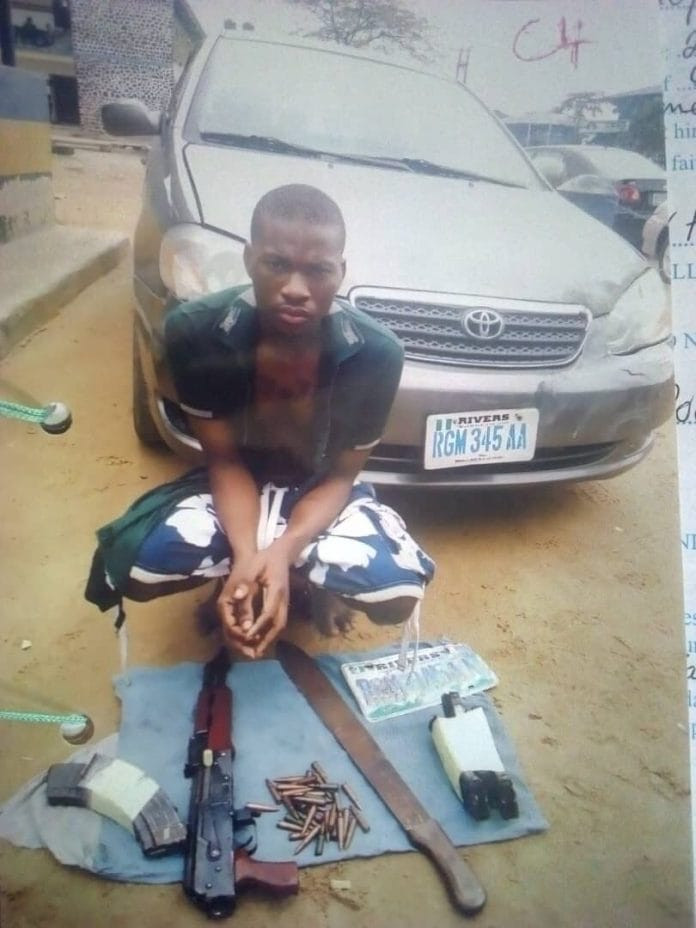