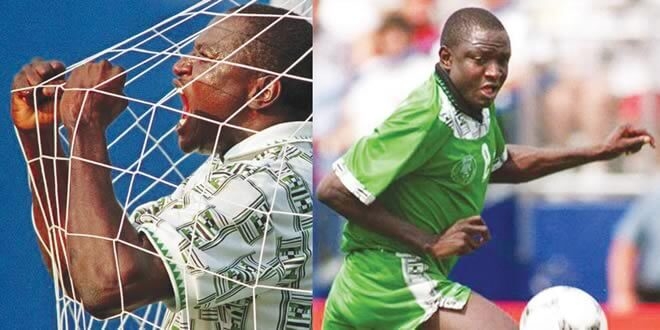 It’s been eight years since the demise of Nigeria’s record goalscorer, Rashidi Yekini.

The Super Eagles’ all-time marksman revolutionalised and created an eternal impact on the continent and on the world stage.

To some, Rashidi Yekini set the pace and the foundation that other African footballers are enjoying now.

According to some section of the fans, this is long overdue.

“We will send a bill to the State House of Assembly to immortalize Rashidi Yekini with the name of the stadium changing after the approval.”

The Sports Minister, Sunday Dare, has since reacted to this with a message saying:

“I want to thank His Excellency for hosting our biggest youth game in Ilorin. We are coming to Ilorin again because of the facilities in University of Ilorin for the youth game. I love the fact that His Excellency AbdulRahman AbdulRazaq loves sport. I want to. encourage your Excellency to invest more on sports,” he stated.

“This tells you that the ambition of the sport minister is right. He has so far influenced decison that will affect our football positively going forward.”