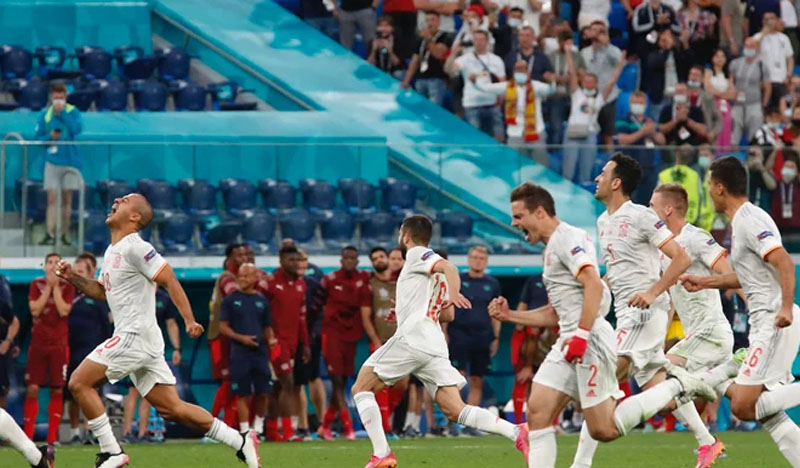 Spain have qualified for the semi-finals of the EURO 2020 Championship by eliminating Switzerland 3-1 in a dramatic penalty shootout.

Zakaria’s own goal eight minutes into the game gave Spain the lead but Shaqiri’s 68th-minute equaliser forced the game into extra time after the regular time ended 1-1.

Both teams were inseparable afterwards forcing the game to be decided via penalties.

Spain claimed victory in the shootout by 3-1 against the Swiss side who defeated France on penalties in the Round of 16.