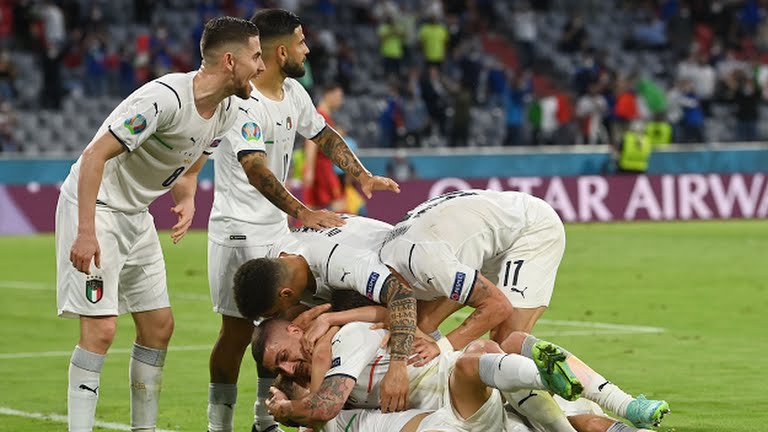 Italy are through to the last for of the EURO 2020 championship after securing a hard-fought 2-1 victory against the number one ranked nation, Belgium, in the Round of 16 on Friday night.

Roberto Mancini’s men took the lead through Inter Milan’s Nicolò Barella (31′) before Napoli’s Lorenzo Insigne doubled the lead one minute to the break.

Inter Milan’s striker, Romelu Lukaku (45+2′) halved the deficit for Roberto Martinez’s Red Devils in the added time of the first half through a penalty after Di Lorenzo brought down Jérémy Doku, but they failed to seal a comeback in the second half.

Belgium then pushed forward in search of an equaliser in the second period, with Lukaku going the closest, but his effort was superbly blocked on the line by Spinazzola.

Google tracker reports that the Italian defence deployed all of their experience to stand firm and hold on for the win.

Related Topics:BelgiumEuro 2020Italy
Up Next