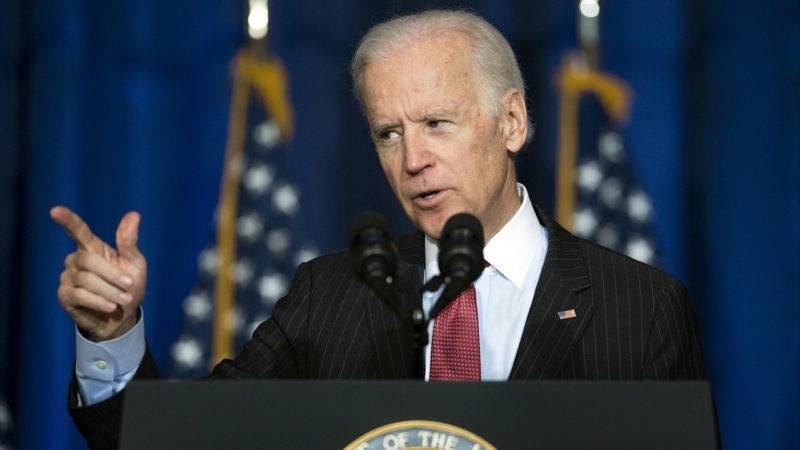 US Democrat Joe Biden said Tuesday he will not hold presidential campaign rallies during the coronavirus pandemic, an extraordinary declaration that stands in stark contrast with Donald Trump who has already held large campaign gatherings.

“This is the most unusual campaign I think in modern history,” the former vice president said during a question-and-answer session with reporters in Delaware to discuss the pandemic and ways to mitigate its spread.

“I’m going to follow the doc’s orders — not just for me but for the country – and that means that I am not going to be holding rallies,” said Biden, adding he has not yet been tested for COVID-19.

It was not clear if Biden, 77, was referring to a personal physician who has recommended he stay off the trail out of health concerns for him and attendees, or the US government guidelines that urge Americans to not participate in events where large crowds gather.

And he did not say whether his decision could change pending an improvement in mitigation efforts in the coming months.

Biden’s announcement comes amid growing alarm about America’s failure to contain a crisis which has already killed more than 126,000 people nationwide, with top infectious disease expert Anthony Fauci warning Congress that daily infections could more than double to 100,000 without a sufficiently robust response.

Biden did say he would miss the personal connections that he makes out on the trail — something for which the veteran Democrat is well known.

In the few trips he has made, such as to Texas or Pennsylvania, the events have been small, and participants were masked and adhering to social distancing recommendations.

“I get in, make my case, take questions and leave,” Biden said. “But you know me: I’d much rather be out there with people because that’s where I get the greatest feel.”

Instead, the vast majority of Biden’s campaign since March has been virtual, as he undergoes the challenging task of seeking to project engagement through remote interviews, online gatherings and fundraisers, and television appearances from a studio in his Delaware home.

But he suggested that unconventional as it has been, such a process has helped him connect with voters in an unprecedented way.

“They tell me 200 million people have watched what I have done from home and the half a dozen things we’ve gone out and done,” Biden said.

“And so the irony is I think we’re probably communicating directly, in detail, with more people than we would have otherwise. But I’d much rather be doing it in-person.”

Biden is currently leading in national polling, as well as in surveys conducted in several swing states like Michigan, Wisconsin and Pennsylvania, battlegrounds that were critical to Trump’s victory in 2016.