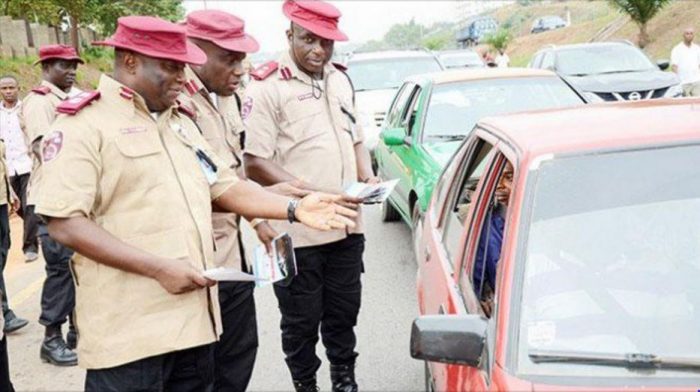 The Federal Road Safety Corps (FRSC) has advised motorists against excessive speeding especially during the harmattan and dry season to minimise crashes.

Ogun state Sector Commander of FRSC, Ahmed Umar, gave the advice in an interview with the Newsmen on Tuesday in Ota, Ogun.

Umar noted that poor visibility was associated with harmattan and dry season, saying there is need for motorists to reduce speeding during the period.

He added that poor visibility was part of the causes of road traffic crashes during the period and sometimes results to loss of lives and property.

“The FRSC can’t fold its hands especially at this period without advising and creating awareness to motorists to shun speeding that could lead to mishaps on the highways.

“In addition, we enjoin them to have functional brake and brake light in case of sudden need to alert incoming vehicles that they intend to slow down,” he said.

The sector commander also implored motorists to use front light and hazard light while traveling especially in the early morning when visibility would not be clear.

Besides, Umar urged them to obey other traffic rules and regulations, and desist from driving against one way, adding that such can lead to road violations.

It’s not polite to borrow money from a lady, British man says