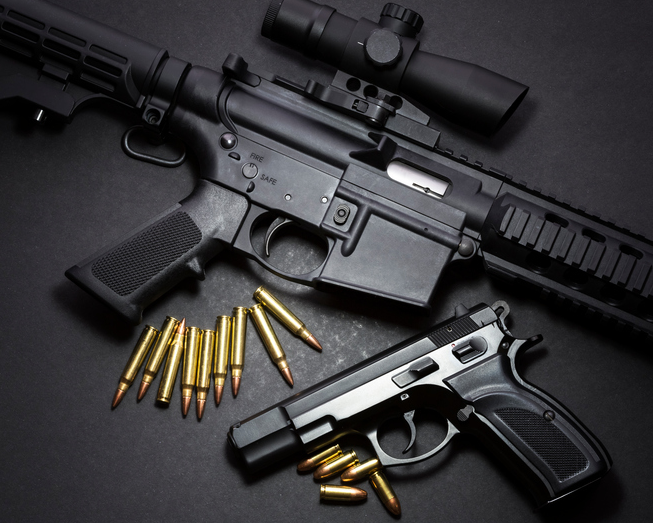 A gunman who thought he was inside a video game killed a woman and left two people injured when he went on a rampage with a rifle in Russia.

Dmitry Korostylev, 50, was believed to be high on drugs and in an ‘altered state of mind’ when he took the firearm and walked out onto a street in Perm, KP reported.

He fired bullets out of his flat window in the Gaiva district at around 4 am before he headed outside and continued the attack, local media said.

Elena Khilko, 50, was shot and killed by Korostylev as she walked towards her workplace for an early morning shift.

A driver for the National Guard of Russia, Mikhail Nemtinov, was then hit by a bullet and wounded, alongside an unidentified man who had been warming his car engine on the street.

Artyom Rusinov was also shot at in the rampage but he managed to flee unharmed.

He said: “I saw a man in a brown jacket and dark clothes who was aiming at me with a gun on the right side. I immediately ducked down, a shot followed.

‘The shot hit the windshield of my car. Without waiting for the green light and a new shot, without getting up, lying down, I pressed the accelerator and rushed forwards.

‘This saved my life. I heard a woman screaming: “My God, help!” And shots followed.’

Mr Rusinov then called the police and drove back to the scene where he saw a woman’s body.

Korostylev was shot in the leg by police and taken to hospital, where he remains detained by an armed guard.

The gun he used in the rampage had belonged to his girlfriend, it was reported.

Medical tests will show whether he had been under the influence of alcohol or drugs.

If convicted, Korostylev could face up to a life sentence.