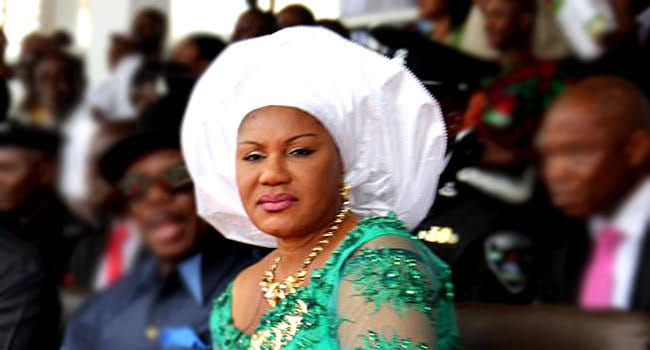 The Wife of Anambra governor Mrs Ebelechukwu Obiano, says the fight against gender-based violence demands the commitment and sacrifice of all persons.

Mrs Obiano made the remarks at the 2020 Mothers’ Summit held at the Dr Alex Ekwueme Square Awka on Friday.

The governor’s wife who doubles as the founder of Caring Family Enhancement Initiative (CAFE), said government, religious and community leaders must all help in the fight.

Mrs Obiano who joined the annual Summit through the Zoom platform told the gathering that God created all humans equal,.

She stressed that there was need for one to be treated with dignity, and avoid actions that degraded the female gender.

The governor’s wife described the theme of the Summit: “Sustaining the Fight Against Gender-Based Violence” as very apt and timely.

“I want our women to take the issue seriously and spread the message in our communities and also report anyone who maltreats or molests another,” she said.

Mrs Obiano reminded the women of the need to remain wary of the coronavirus pandemic and never lose their guard, but continue to observe the COVID-19 Protocols as by the WHO.

In the same vein, the Speaker of the Anambra State House of Assembly, Mr Uchenna Okafor, represented by his deputy, Mr. Pascal Agbodike, emphasised the need for recognition of the pivotal role of women in the development of the society.

Okafor commended the sacrifice of all mothers and urged them not to relinquish their distinguished status as vehicles of peace and progress in their communities.

The member representing Nnewi at the Anambra State House of Assembly and Chairman House Committee on Gender and Children Affairs, Mr Nonso Okafor, urged the women to sit up in their running of the home and training of children.

Also, a former Governor of the Central Bank of Nigeria, Prof. Chukwuma Soludo, advocated for the strengthening of the law which protects women against battering, with stiff penalties for offenders.

He called for a campaign against gender-based violence in schools, churches and other public gatherings.

Soludo said he came in solidarity to represent his wife and recalled that he often relied on women to execute difficult task with excellent results.

He commended Governor Willie Obiano for the good security regime in Anambra, and his wife, for the work of her NGO in setting good example on how to empower women in various ways especially in assisting widows.

The Commissioner for Social Welfare, Children and Women Affairs, Mrs Ndidi Mezue, in her address, noted that sustaining the fight against gender-based violence starts with sensitisation, the punishment of offenders and sustained economic empowerment.