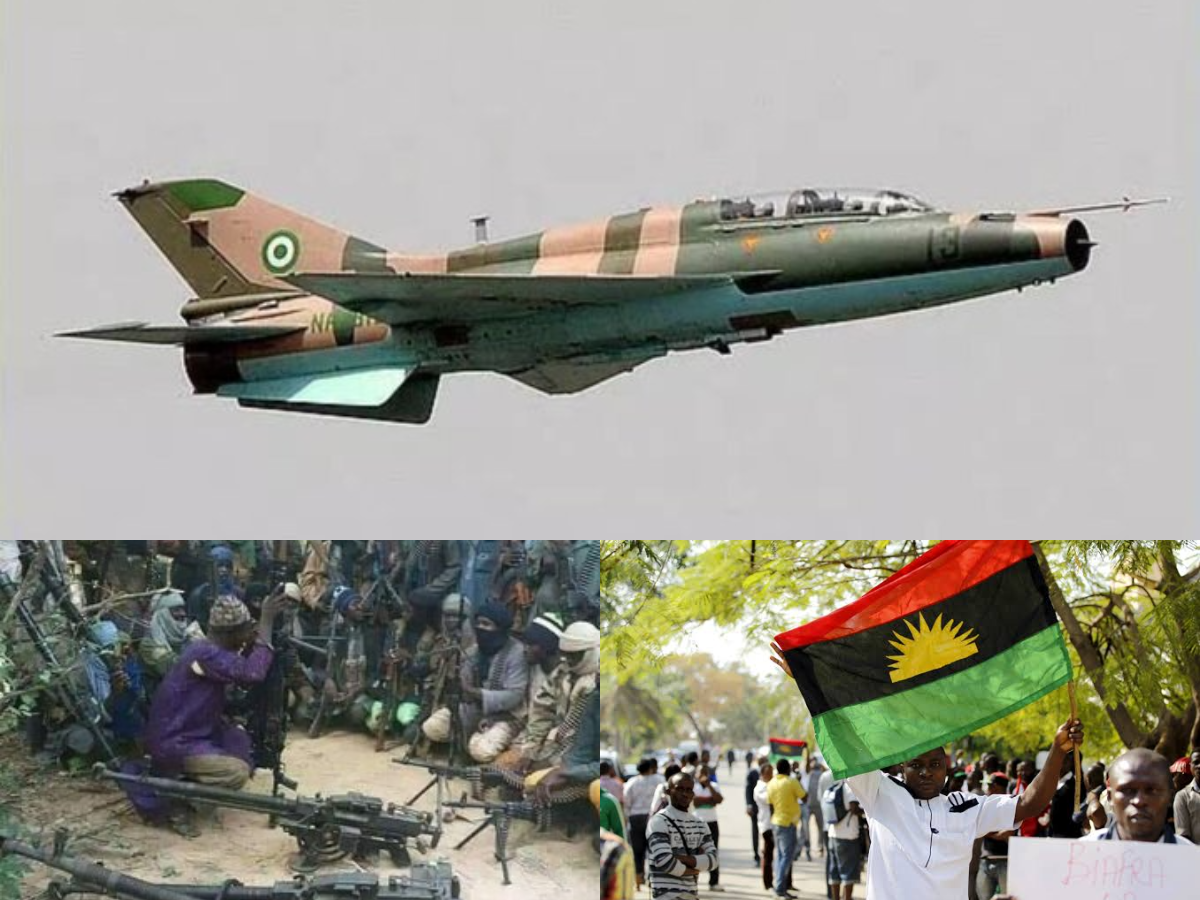 Nigerians have taken to Twitter to question the priority of the Federal Government for ordering military action in Orlu, Imo State while neglecting RPG wielding bandits who kidnapped students in Niger State.

A student was killed while scores, including staff of Science College, Kagara, in Niger State, were abducted by ‘bandits’ in the early hours of Wednesday, February 17. They suspected uploaded a video to confirm the kidnap hours later.

In a tweet on Thursday, the Federal Government said that “the Nigerian Army, in line with its constitutional mandate, wishes to reassure the general public that troops in operational synergy with sister security agencies are in pursuit of the criminal elements in order to ensure safe return of the kidnapped victims.”—@HQNigerianArmy

However,  the Orlu and Orsu Local Government Areas of Imo State on Thursday as the Nigerian military began operations in search of the camps occupied by the personnel of Eastern Security Network linked with Indigenous People of Biafra.

Although there have been no reports of injuries to indigenes, the sight of helicopters and other military gadgets has caused serious panic in the areas.

Recall that ESN operatives had a prior confrontation with soldiers in Orlu where they reportedly defeated the military on January 25.

The timing of the military action in Imo has left Nigerians concerned about the government’s decision to ‘attack’ Orlu while it chooses to negotiate with bandits who are in possession of scores of students and staff.

A government that can’t confront Herdsmen and Bandits in the North have already deployed fighter jets in Orlu against #ESN.

Imagine they’re looking for a small cult group in your very big street where you and your family and other innocent people live. Then they come in with fighter jets and drones to drop bombs on the street hoping it touches the cult group.

Dear useless Buhari regime, stop killing innocent people at Orlu. Terrorists are all over the north abducting innocent citizens, go and face them.

Whilst the Nigerian army is using fighter jets to drop bombs in ORLU in IMO state in search of ESN, they’ve been so helpful to Bandits and Boko Haram terrorists who are getting arms while being snubbed.

See how heavily armed these guys are…

One Nigeria my ass! pic.twitter.com/G60hG472bh

Orlu is the second largest city in Imo state- it is only Owerri that is bigger.

How do you go to a city and carry out airstrikes? Are we now in Iraq? What is this madness really?

Do you know how wild this is? That people woke up in the morning to the sound of fighter helicopters flying above their heads and opening fire on them? When we are not at war? @HQNigerianArmy what are you doing in Orlu? Are you planning on wiping off a community before our eyes?

kidnappers are holding Kagara students with 27 persons including toddlers in captivity in Niger, Boko haram & bandits are moving freely terrorizing people in the North for decade now. Deal ESN in d table