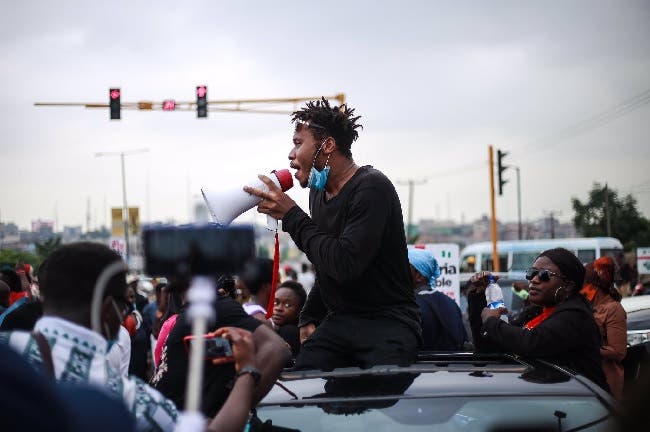 #EndSARS promoter, Eromoesele Adene, has been granted a N1m bail by the Lagos State Magistrate Court on Tuesday.

Adene who was arrested on November 7 at his residence in Ikeja, Lagos for his involvement in the peaceful #EndSARS protests had done a detention tour from the police headquarter – Area F command to the SCID, Panti.

The police then flew him to the capital, Abuja, and detained him for a week before was bringing him back to Lagos on Sunday.

Adene appeared before the Chief Magistrate, Mrs Folarin Williams, faced with another application from the State’s Commissioner of Police to remand him for 30 days over alleged provoking breach of public peace.

However, the application was thrown out by Williams who granted his bail with the conditions of two sureties having not less than a million in their accounts and tax-compliant.

Williams ruled in favour of the defendant, granting him bail in the sum of one million naira and two family members as sureties.

Related Topics:#EndSARSEromoesele Adene
Up Next