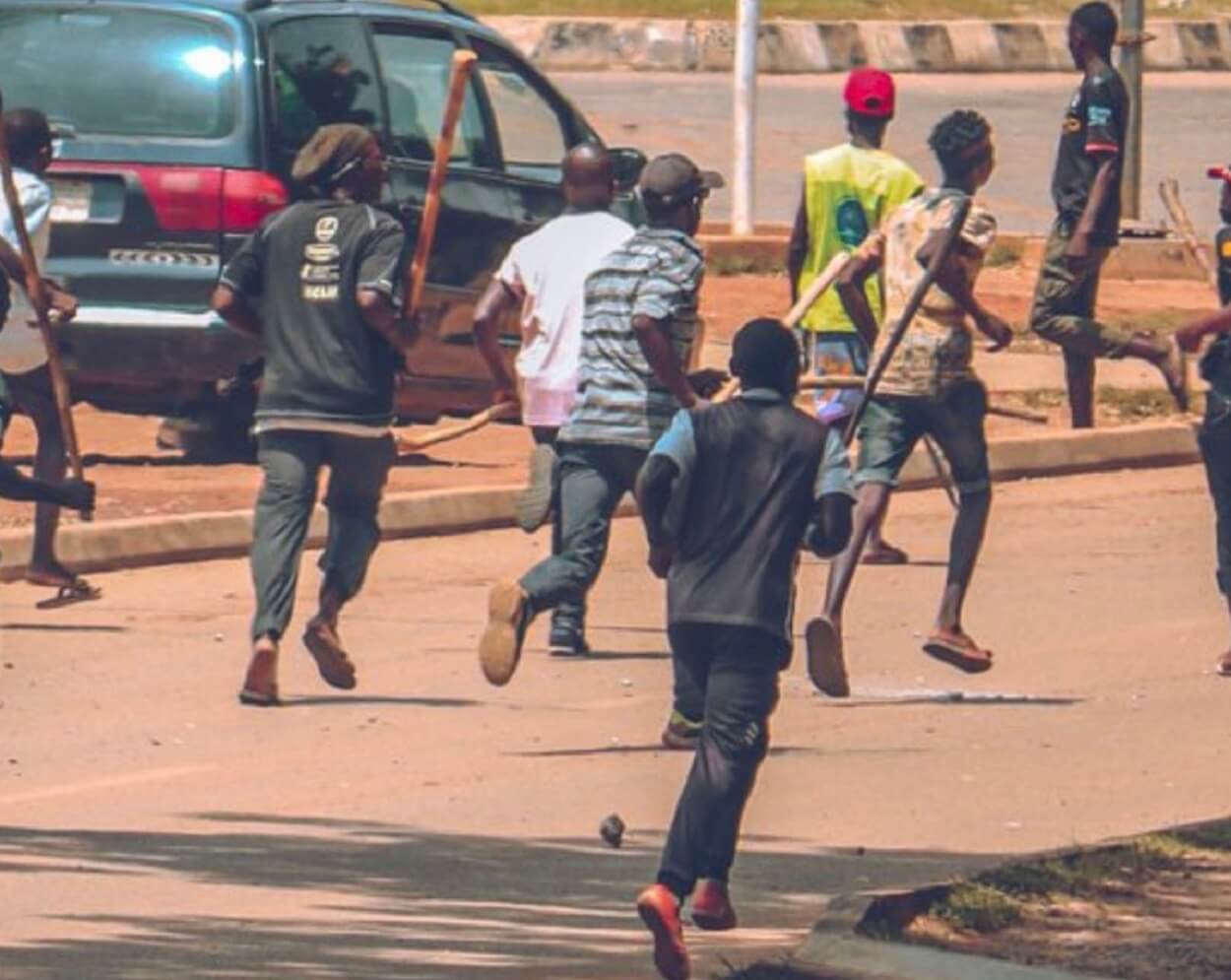 This comes after Alado, a popular land developer, was alleged to have sponsored armed thugs to attack #EndSARS protester on Wednesday and Thursday.

In a chat with our correspondent on Thursday, the Mushin leader, who wields a large following, expressed shock that he was trending on social media.

Baba Alado, who is a chieftain of the All Progressives Congress, said he had not been to Alausa in almost 15 years, adding that he had no reason to attack any protester.

He said, “They are just telling lies against me. I am telling you now that anyone they catch with a cutlass should face justice. I have no interest in Alausa. The police should shoot anyone that is caught disrupting protests. Why should I attack protesters? What interest do I have in the matter?

“I spent a lot of my time in America these days. I am a strong member of the APC. All they have been doing is to accuse me of land grabbing.

“I don’t even know those behind the attacks but I am sure it is politicians that are behind it. I have no hand in the matter. I am not a policeman. So, if the government says they don’t want protesters, am I the one that would enforce such an order?”

#EndSARS: We will deal with thugs attacking protesters, DHQ warns

#EndSARS: MC Oluomo has no hand in attacks on Lagos protesters – Spokesman