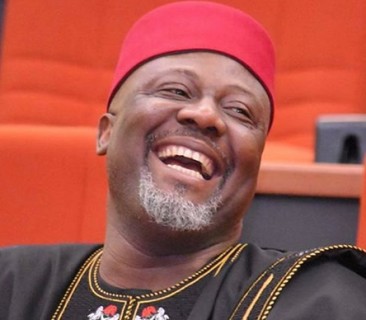 Senator Dino Meleya has publicly denied buying a Lamborghini car as a birthday gift for an alleged daughter identified as Mary.

This came after rumours went round on social media that the former lawmaker gifted his 11-year-old daughter identified as Mary Melaya a car for her 11th birthday.

Melaye was quick to dispel the rumours via his official Instagram account on Tuesday by labelling the rumours as fake news.

MORE READING!  Trouble makes u-turn after saying Drake can sleep with his wife for a song

He went on to deny having any daughter who goes by the name of Mary, adding that the account with the name Mary Melaye is fake.

According to Melaye, no responsible father will buy a KIA Rio car for his daughter at 11 talkless of a Lamborghini.

“I have no daughter called Mary and the Instagram account with the name Mary Melaye is fake. How can any responsible father buy even a KIA Rio for a child @11? Dino Matter dey sweet una to lie sha. Fake account. I did not buy any car for my daughter” 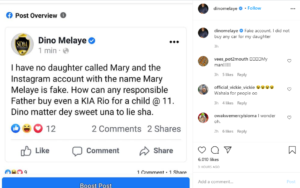