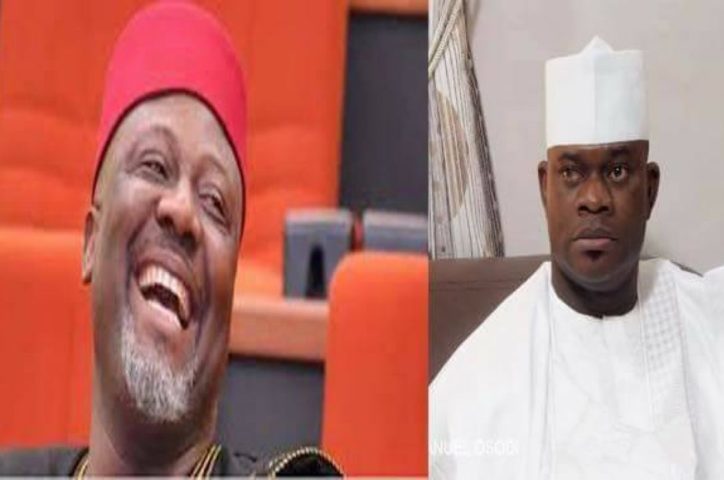 Senator Dino Melaye has berated Kogi State Governor, Yahaya Bello, for allegedly seeking endorsement from celebrities and sportsmen while his contemporaries are commissioning notable projects in their respective states.

Shortly after his visit, Leicester City forward, Kelechi Iheanacho was spotted with Bello in Lokoja, the State capital.

Reacting to the development, Kogi West Senatorial District representative at the 8th National Assembly, Melaye, urged the Governor to imitate his counterparts in other states who usually invite president, governors and other notable men for commissioning of projects they executed.

He said, “Oh My State! Oh My Kogi! When other Governors are inviting President, V P, Governors and Eminent personalities to commission projects.

“Yahaya Bello is inviting celebrities and jekinje individuals to endorse him and party. I remain his only capital project in Kogi State. SDM”.

Next Kaduna governor will demolish more houses than me – El-Rufai