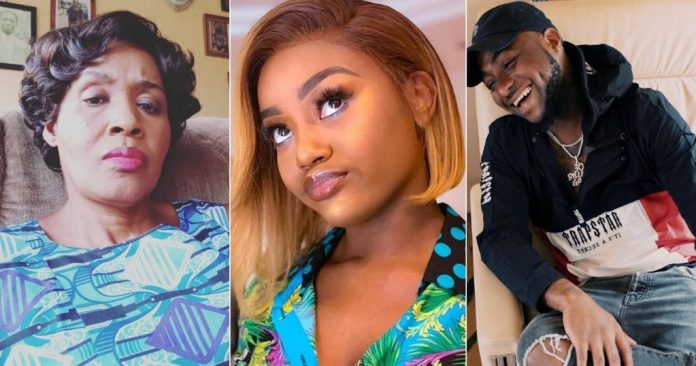 Self-acclaimed evangelist and controversial journalist, has revealed that singer David Adeleke popularly known as Davido is set to rekindle his relationship with his estranged baby mama, Chioma.

Olunloyo revealed that she exclusively gathered that Chioma has been begging Davido profusely not to disgrace her Igbo tradition.

Olunloyo who stated this via a tweet on Thursday claimed that she has been fasting and praying for the duo to reconcile.

She further claimed that Chioma Rowland pleaded with Davido to get married to her so she won’t be disgraced.

The relationship between the two lovebirds hit the rock when Davido was alleged to be dating an American video vixen, Mya Yafai.

“David Adeleke and Chioma Rowland to reconcile, the estranged fiancé of the music sat begged him to tork things out to prevent her from disgracing her Igbo tradition. My fasting and prayer worked, we need good news during these terroristic times”. 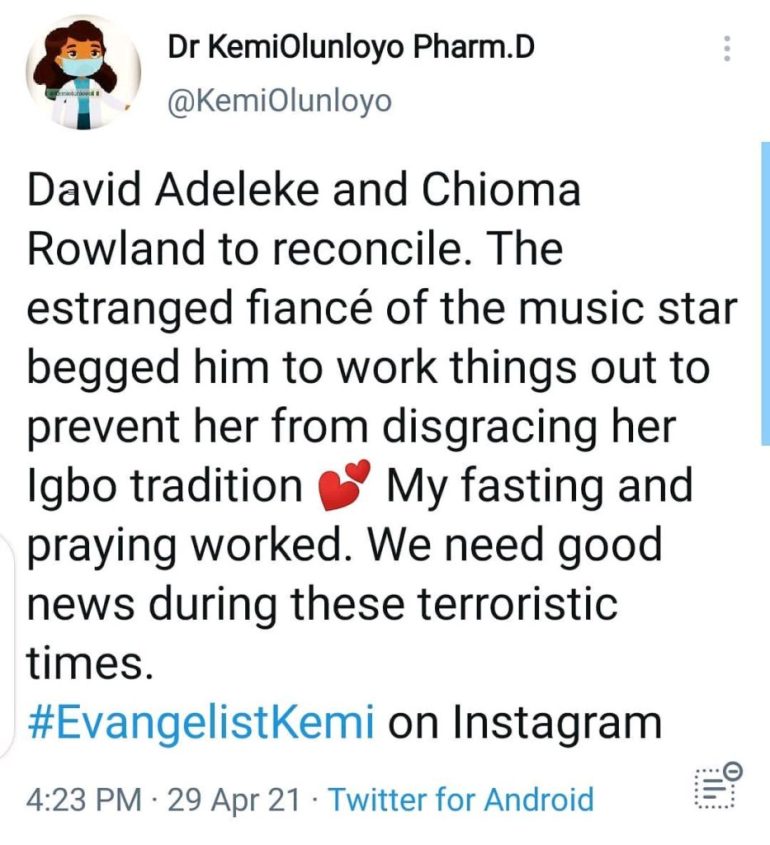