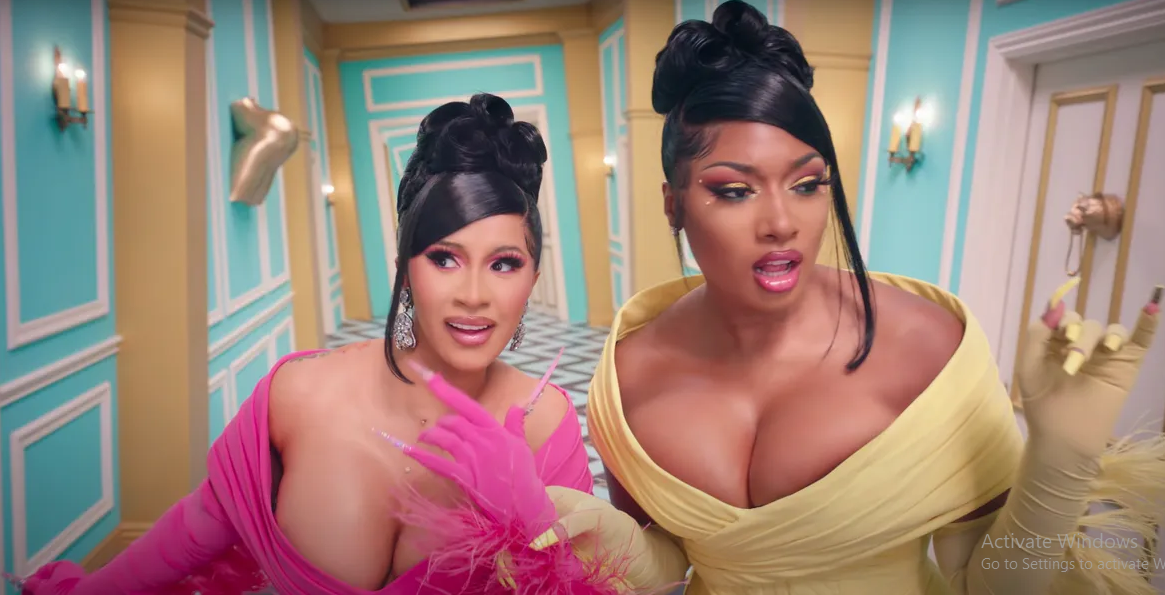 American rapper, Cardi B, has surprised rapper, Megan Thee Stallion with a Birkin bag to celebrate after their song, “WAP”, debuted at No. 1 on Billboard’s Hot 100.

WAP made history becoming the first female rap collaboration to debut at No. 1 on the Billboard Hot 100, with the most first-week streams and as the most streamed track of 2020.

To celebrate, Cardi B gifted Megan Thee Stallion a custom Birkin bag painted with scenes from their steamy music video.

The “Savage” rapper took to her Instagram account this morning to show off the brand new Birkin bag she got from Cardi B.

She wrote in her caption:

“My manager just walked in and said cardi sent you something. not the birkinnnnnnnn. thank you frennn omg I can’t believe you. I wonder what I’m gonna get her.”

WAP, a new song by Cardi B featuring Megan Thee Stallion broke several records after it debuted atop the weekly chart, including becoming the first female rap collaboration in history to launch at No. 1 on Hot 100.

In addition to that, the gold-certified song was streamed 93 million times, surpassing the record previously held by Ariana Grande‘s “7 Rings” that amassed 85.3 million streams.