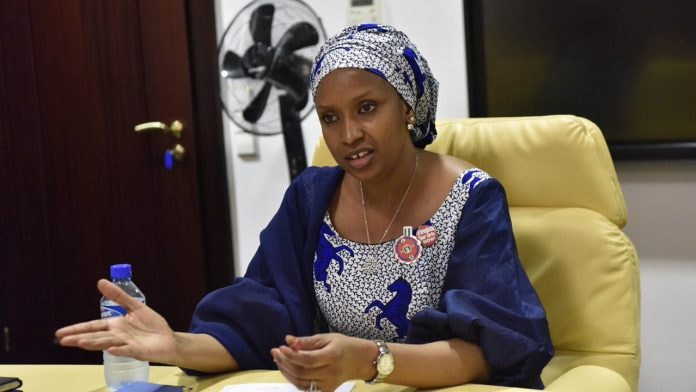 The President, Major General Muhammadu Buhari (retd.) has approved the suspension of Hadiza Bala Usman as the managing director of the Nigerian Ports Authority.

According to a statement released by presidential spokesperson, Garba Shehu, her suspension followed a recommendation by Rotimi Amaechi, minister of transportation, to set up an administrative panel of inquiry to investigate the Hadiza-led management of the NPA.

‘‘President Muhammadu Buhari has approved the recommendation of the Ministry of Transportation under Rt. Hon. Rotimi Amaechi for the setting up of an Administrative Panel of Inquiry to investigate the Management of the Nigerian Ports Authority, NPA.

“The President has also approved that the Managing Director, Hadiza Bala Usman step aside while the investigation is carried out. Mr Mohammed Koko will act in that position.

“The panel is to be headed by the Director, Maritime Services of the Ministry while the Deputy Director, Legal of the same ministry will serve as Secretary.

“Other members of the panel will be appointed by the Minister.”

Hadiza was first appointed as the NPA MD in July 2016. In January, President Muhammadu Buhari reappointed her as NPA MD, for an additional five-year tenure. She previously served as the chief of staff to Nasir el-Rufai, governor of Kaduna state, from 2015 to 2016.