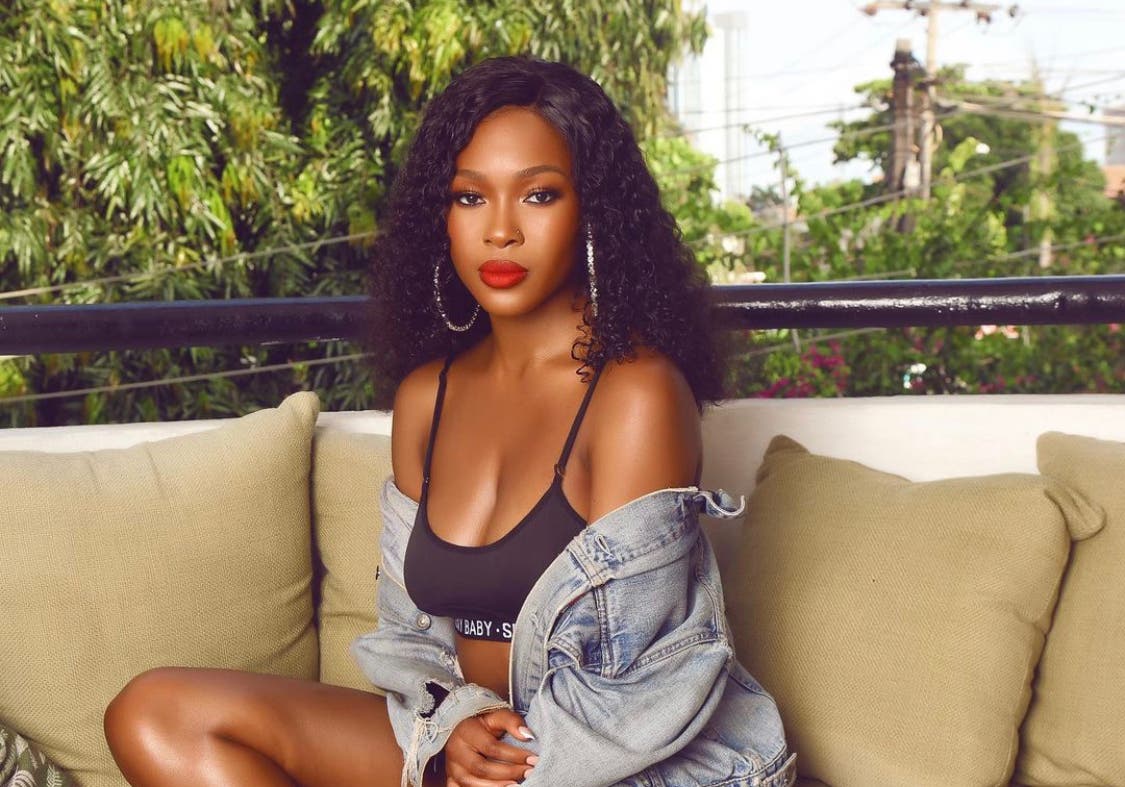 BBNaija housemate, Vee, has revealed the lesson she learnt from being famous.

Vee disclosed this with her fans on the social media platform, Instagram.

This was revealed during an interactive session with her fans.

A fan had asked her;

“Has the fame changed your perception [positive & negative] to life or you in general?”

Responding to her question, Vee said the major thing she has realized is that not all that glitters is gold.

”I think the major thing I’ve realized is not all that glitters is gold’‘, she responded. 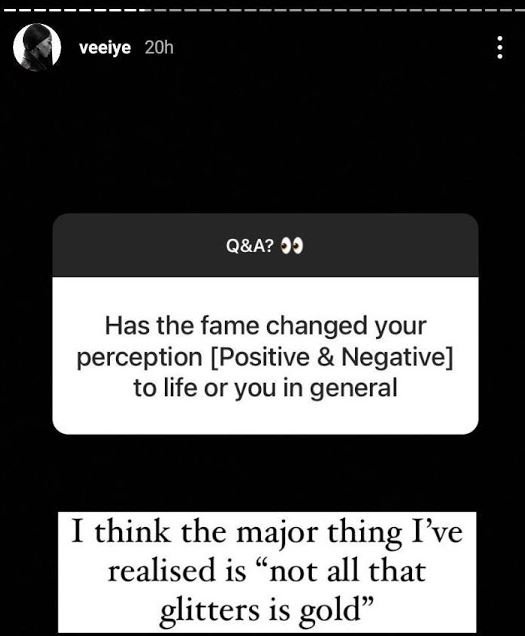