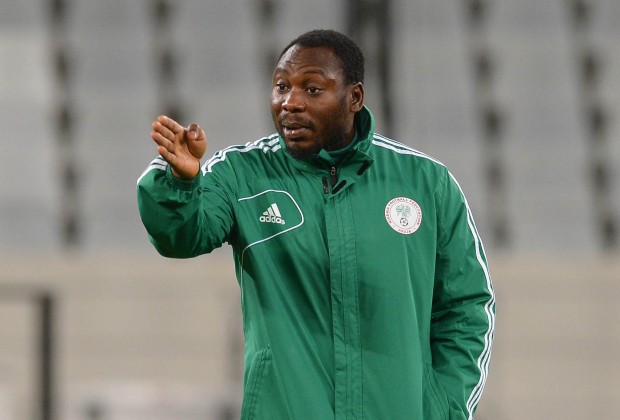 Amokachi stated that he believed Ferguson should be the club’s best bet ahead of former Wolves manager, Nuno Espirito Santo and ex-coach, David Moyes.

Meanwhile, Moyes is tipped for a return to the club, according to Sky Sports, after an impressive season with West Ham United.

However, Amokachi who was a former assistant manager of the Nigeria national football team thinks that Ancelotti’s assistant, Ferguson, should be handed the managerial job.

Recall that the 49-year-old Scot who had been in the system since 2014 took temporary charge of Everton’s first-team following the sack of former manager, Marco Silva in December 2019, leading the Toffees to an unbeaten run before the reign of Ancelotti who has now returned to his former club, Real Madrid.

Although the club is yet to make a final decision over Ancelotti’s replacement with Nuno leading the race, Amokachi who was influential during Everton’s 1995 FA Cup win, fancies Ferguson for the job.

In a post on his Instagram handle on Thursday, Amokachi who is popularly known as The Bull told the club to “Stop looking far Everton, Duncan Ferguson is already on the bench.”

He continued that Ferguson assisted Ancelotti during his one-and-a-half-year at the club “has understudied under few top-class managers in the last decade at the club.

“He has the club at heart, we all can see the passion he shares with the players and fans whenever given the team as an interim manager and his stats are not bad. My take, hopefully, someone is listening.”

Related Topics:AmokachiAncelottievertonFergusonMoyesNuno-Espirito Santo
Up Next