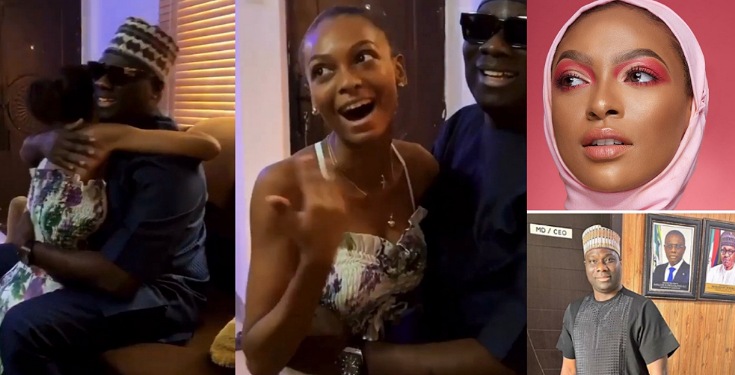 Social media influencer, Adedamola Adewale also known as Adeherself has met with Instagram celebrity Mompha in the most exciting and surprising manner.

Recall that Adeherself was recently released from custody after meeting her bail conditions on the charge filed by the Economic and Financial Crimes Commission, EFCC.

Not long after her return, Mompha decided paid her a surprise visit at her home.

Mompha posted a video on his Insta-story and it was reposted by AdeHerself. She could be seen hugging him while screaming in excitement.

“I’m fidgeting…Mompha is in my house, I don’t know what to say guys…” she said in the clip.

I get advances from men almost every second, Dayo Amusa reveals