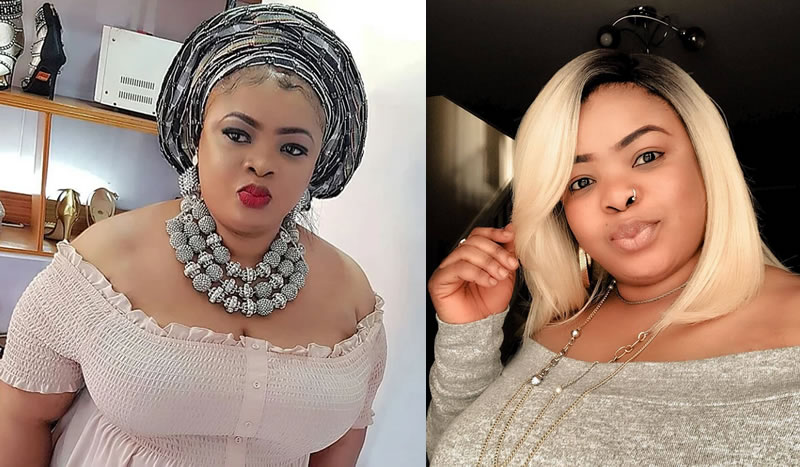 With almost two decades in the movie industry, Dayo Amusa has shown her versatility as an actress and producer having featured in hundreds of Nollywood movies and produced over five.

In recent times, there’s a belief that you have switched from Yoruba speaking films to only English speaking films, how true is this?

Not exactly because over time I’ve done some movies that have to do with both English and Yoruba like Urban movies. Movies like Unforgivable, Pathetic runs in between both so it’s not like I’m abandoning Yoruba movies. As far as I am concerned I am an actress, an entertainer.

How has it been for you in the industry since you started almost two decades ago?

It’s been challenging, it’s been fun and everything but as far as I am concerned, everything is on a positive note. It’s been from one grace to another grace and as you can see now the rate at which we kind of pay attention to details when it comes to film production can’t be compared to 10 to 15 years ago. The way we pay attention to our story lines, technicality and so we are improving.

What were the challenges you faced back then?

The initial challenges were the roles I picked up then and how I was always dressing like a Tom Boy so, I was finding it difficult to get producers and directors to see me do other roles. As a matter of fact, I was being stereotyped but gradually, I was able to find my place.

How often do you get advances from male fans?

Almost every second but I try as much to respond to some randomly. If you have one million people admiring you you can’t give all of them that attention.

Have you experienced or witnessed sexual harassment in the movie industry?

No, I have not but something similarly happened to me in my early years but for me I believe that as an adult I believe you have every right to say no. A director might see an upcoming actress and say I like you but you can not be forced and it is so sad that these upcoming actresses are coming to fire the directors and producers to have their way. It’s not that the directors are the one taking advantage of them, even the so called girls as well come in making themselves vulnerable to the producers to get roles fast. So it takes two to tango.

Why did you decide to do music considering the fact that some of your colleagues had ventured into it and failed?

Well, music for me is not like I just picked it up one day and tried. Over time, even before I joined the movie industry, I’ve always been a singer in church though it wasn’t like I was doing it officially and when I wanted to get into the entertainment industry, I wanted to come in as an artiste but the it wasn’t something that was really lucrative like it is now and I realized that I got that opportunity in the acting sector, so I focused on that trying to find my space and get my brand to be recognized and after which I realized that this thing is still inside me so I tried once and I got the encouragement from my friends and fans out there so here we are.

How true is it that there is a competition among female actors?

The industry is a very large place and we are many. I believe everybody wants to find their space and some people might see it as a competition but as far as I am concerned, the sky is so big for everybody to take his or her space. For anybody that thinks they have to go the extra mile, that’s their problem. Just do your thing because people are watching.

You were recently under attack for criticizing a fan who asked for your assistance as an upcoming actor, what really transpired?

A young aspiring actress kept sending messages that she has talent and so on, initially I was ignoring but on this fateful day, I just decided to check her page but on opening the page, I realized that she had just two posts and the posts had nothing to do with acting. I was like what are you calling me to come and see? So after seeing your page were you expecting me to call you to my house or what? You have the internet and you can’t do a sixty seconds skit are you a joker? I guess the word I used made people come for me but then it was just the truth.

So after that encounter, have you been able to reach out to her and how has it been?

Yes I see that she’s posting now, irrespective of how Nigerians must have taken it, at least, she’s able to pick up something from it. I see she’s doing some skits now. Unfortunately, it was during the pandemic and I didn’t have any project going on, I would have invited her but hopefully maybe in my next production if I have one or two roles, I would invite her.