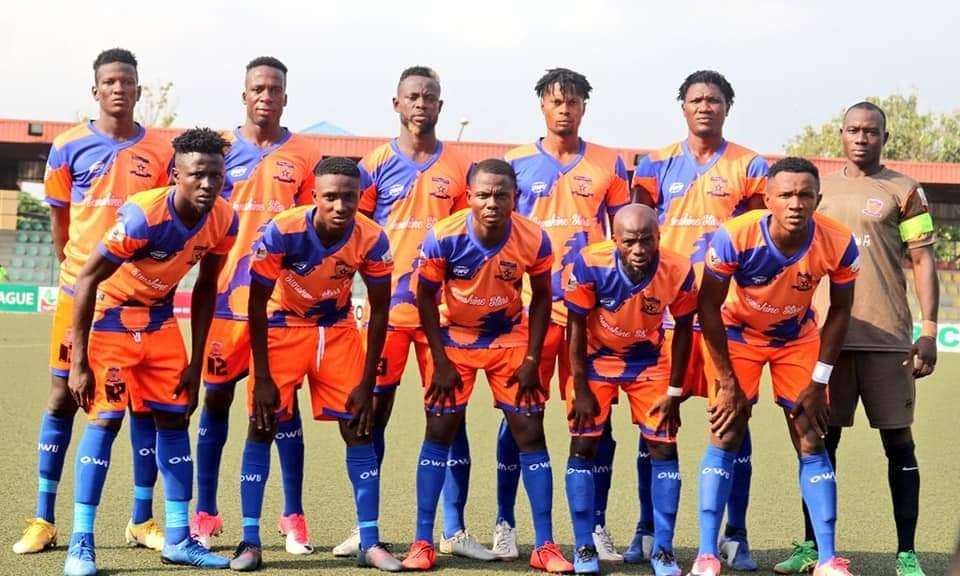 Kwara United coach, Abdullahi Biffo, says his team will get a perfect win against Sunshine Stars in Akure on Sunday.

It was reported on Friday that the two football power houses are set to lock horns in continuation of the 2020/2021 Nigeria Professional Football League (NPFL), Matchday 9 encounter.

“The morale of my players is high and we are in Akure to beat Sunshine Stars this time around because we need the three points more at stake.

“We respect Sunshine Stars as one of the best teams in Nigeria, but they won’t get that on Sunday on the pitch against my players,” Biffo said.

Kwara United will hope to continue their impressive campaign so far with the away tie against Sunshine Stars of Akure.

Sunshine Stars will go into this encounter seeking a clear win, having lost their last away game 4-1 against Abia Warriors on matchday 8.

Kwara United on the other hand will be going into this duel with their heads up, having defeated visiting Lobi Stars 2-1 at home on Matchday 8, which took them to the third position on the log.

In history, Sunshine Stars and Kwara United have met 17 times in competitive football with the Akure club winning 8, while the Ilorin-based side have 4 wins as the remaining five games ended in draws.

Akure has always been a kilimanjaro Hill to climb for Kwara United and even their last visit ended in a 1-0 defeat on March 31, 2019, when Michael Egbeta’s goal condemned Kwara United to a loss.

Meanwhile, Sunshine Stars are currently seventh on the NPFL table.