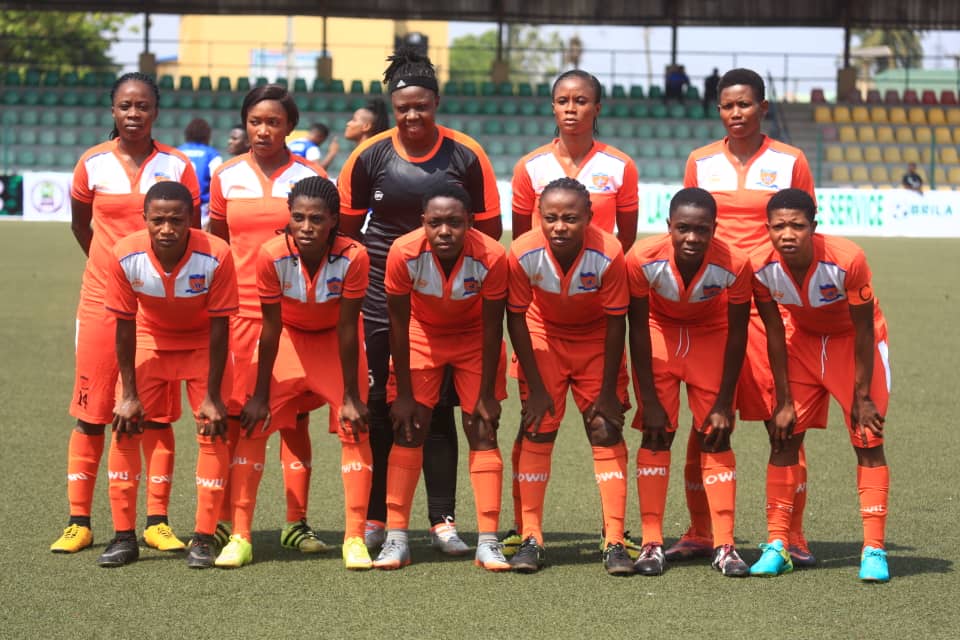 “My players did well and deserve praise for holding on to win the game,” John said during the game’s post-match conference.

It was reported that Sunshine Queens had beaten Ibom Angels 1-0 in a Match Day 6 fixture of the 2020/2021 Nigeria Women Football League (NWFL).

In the match played at the Ondo State Sports Complex in Akure, midfielder Mercy Idoko scored the lone goal through a fine lob from outside the penalty area in the 23rd minute.

“It was not easy to get the three points,” the coach added.

He however assured that the club’s technical crew would continue to work on the team for improved results.

Speaking also on the match, the coach of Ibom Angels, Morufu Adeyemo, said he would go on to work on his team.

Adeyemo said they lost the game because the home side was fully prepared for the fixture.

“We are disappointed at not picking a point in Akure, and we are not where I want us to be yet.

”But we will work on the team, especially in the area we are deficient in,” he said.