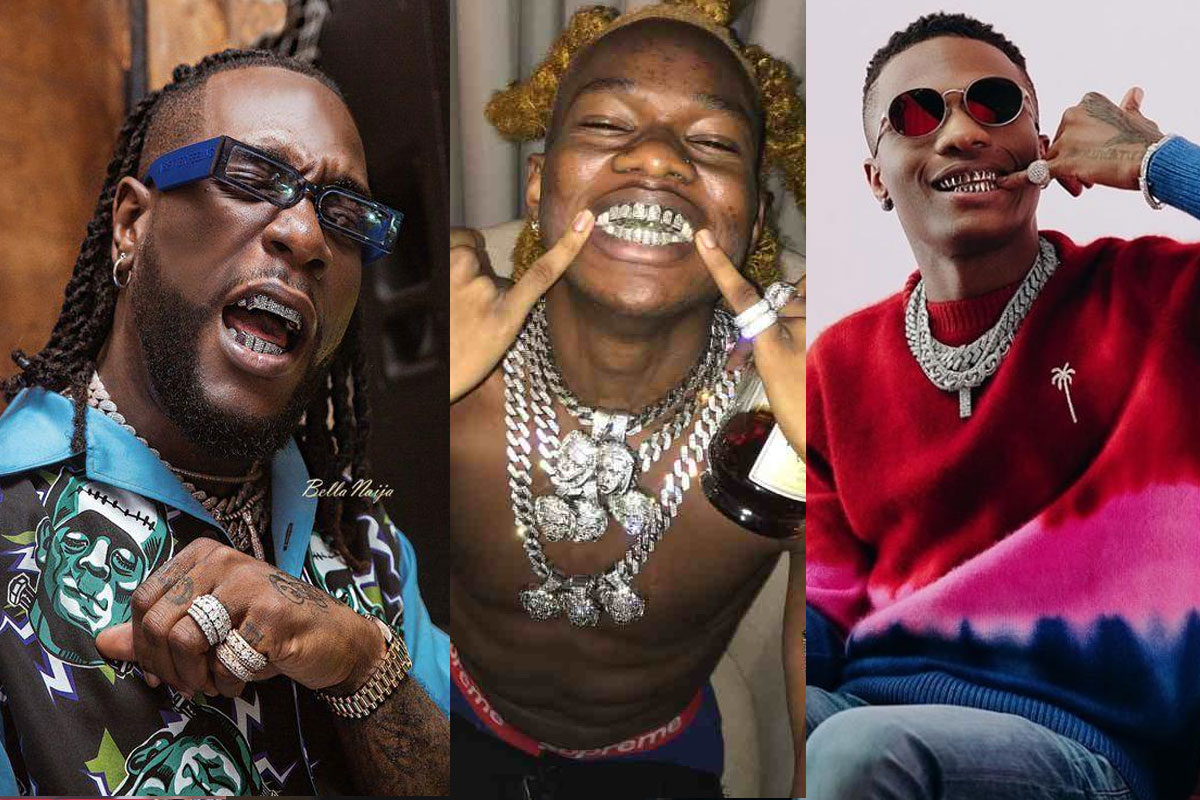 A young man, identified as NBA Geeboy on Instagram, has taken a swipe at international music stars, Wizkid and Burna Boy, for constantly showing off their gold teeth.

According to him, he has been wearing Grillz – a fitting made with gold, silver, or diamond worn over one’s teeth, since 2017 when he was 15.

He shared a video on Instagram where he berated the singers for being at the level he was in 2017.

He slammed the music legends for flaunting their gold teeth unnecessarily like they are the only ones who can afford one.

He also bragged about moving from the level of Gold Grillz to Diamond Grillz.

Sharing the video, he wrote,

“I been wearing grillz since I was 15 … and I just got my latest $10k VVS diamond grillz from @johnnydangandco . Stop playing wimmie on gaad.”

In other news, American rapper, Kanye West, has disclosed an idea as to why his marriage to reality TV star, Kim-Kardashian has ended.

While previous reports indicated that there were a handful of factors that led to their split like property, lifestyle and politics were also mentioned.

MORE READING!  How I bumped into dead boyfriend at mall, lady narrates
Related Topics:Burna boyFeaturedInstagramNBA Geeboywizkid
Up Next

VIDEO: Did James Brown and his boyfriend tie the knot?