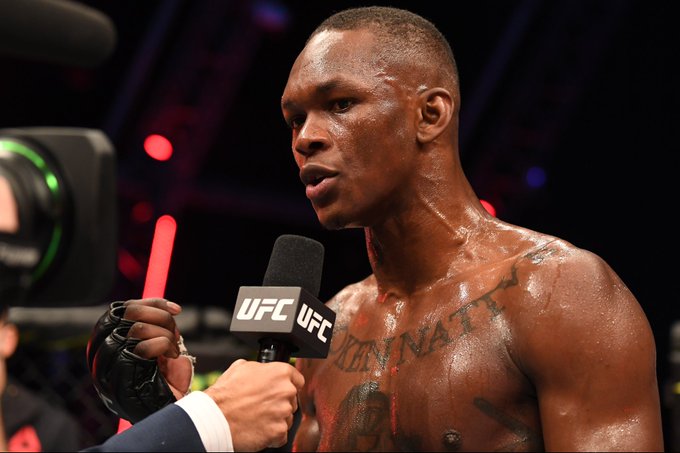 Reigning Middleweight Champion of the Ultimate Fighting Championship, Israel Adesanya, has reacted to his victory over Italian contender, Marvin Vettori, at the Gila River Arena in Glendale, Arizona.
Vettori hoped to become Italy’s first UFC titleholder but ‘The Style Bender’ turned the dream into a nightmare on Sunday ended by a unanimous decision after he edged the Italian (21-1).

It was the second time Adesanya would beat Vettori at the UFC after their first fight in April 2018 which the Italian (17-5-1) lost by split decision.

However, this morning’s victory proved to be a perfect recovery for Adesanya who lost his last fight in March to Blachowicz for the light heavyweight title.

Speaking in a post-match interview on Sunday, Adesaynya regretted not winning the fight against Vettori by knockout, admitting that the Italian was hard.