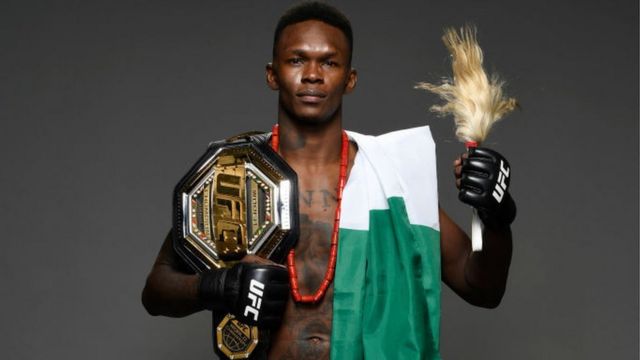 The duo would step into the octagon early Sunday morning in a highly anticipated rematch in the main event of UFC 263 in Glendale, Ariz after Adesanya, beat Vettori by split decision in April 2018.

Although the last Stylebender lost his last fight in March to Blachowicz for the light heavyweight title, analysts and experts have predicted victory for Adesanya in separate interviews with CBS News.

Among them are Brent Brookhouse, Brian Campbell, Matthew Coca, Jack Crosby, Michael Mormile, and Brandon Wise, according to The PUNCH.

Campbell on why Adesanya will win: The level at which Vettori actually had success against Adesanya during their 2018 meeting — coincidentally, held at the same arena — has been largely overblown by both Vettori and the impact of the one judge who scored it in his favor. Although Vettori was finally able to take Adesanya to the ground in Round 3, he was largely ineffective and was eventually stood up by the referee. The majority of the bout saw Adesanya outpoint his foe in a kickboxing match from close range. Although Vettori was successful to a degree with his lead punches, it was his durability that largely made the fight feel more competitive than it actually was. With much to prove following a failed attempt at the 205-pound title, expect Adesanya to be as sharp as ever in dealing with Vettori’s pressure en route to a late stoppage.

Brookhouse on why Adesanya will win: I truly believe that Vettori could win this fight if he can manage to really ugly things up. Campbell is correct that the first fight has taken on legacy that is detached from reality. Vettori had some success, he did not have great success. That said, he has gotten consistently better while Jan Blachowicz laid out something of a blueprint for beating Adesanya. Much of what allowed Blachowicz to be so successful was his size and power. Vettori may be a big, strong middleweight, but he’s not a Blachowicz level threat that will give Adesanya the same hesitation to open up the attack. Vettori winning wouldn’t shock me, but Adesanya should be able to pick Vettori apart and possibly get a mid-fight stoppage.