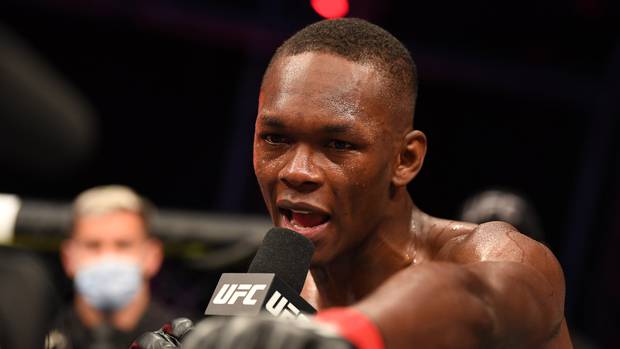 UFC middleweight champion Isreal Adesanya says he followed his father’s instruction by shaving his head before his win over Paulo Costa on Sunday.

A day before the UFC 253, Adesanya posted a picture of his new look after he dyed his hair pink and got many of his fans talking about the new hairstyle for the fight.

In the post-fight press conference, Adesanya said he had his head shaved because his dad told him that if Costa was hurt and couldn’t see, he could still focus on his pink hair.

He said, “My dad, shout out to Oluwafemi, the big dog, big fam dog. Dad said I am going to blind him (Costa).

“I am gonna blind him with my jab and when he is compromised with one eye, I will take the other eye out.

“If he sees a pink hue, he will know that’s where my head is and he will just aim for the pink hue.

“So I was like, you are right and like a good boy, I listened to my dad. He is a smart man.”

For the first time, the senior Adesanya, his wife and other members of the family were absent at the ringside in Fight Island in Abu Dhabi due to COVID-19.