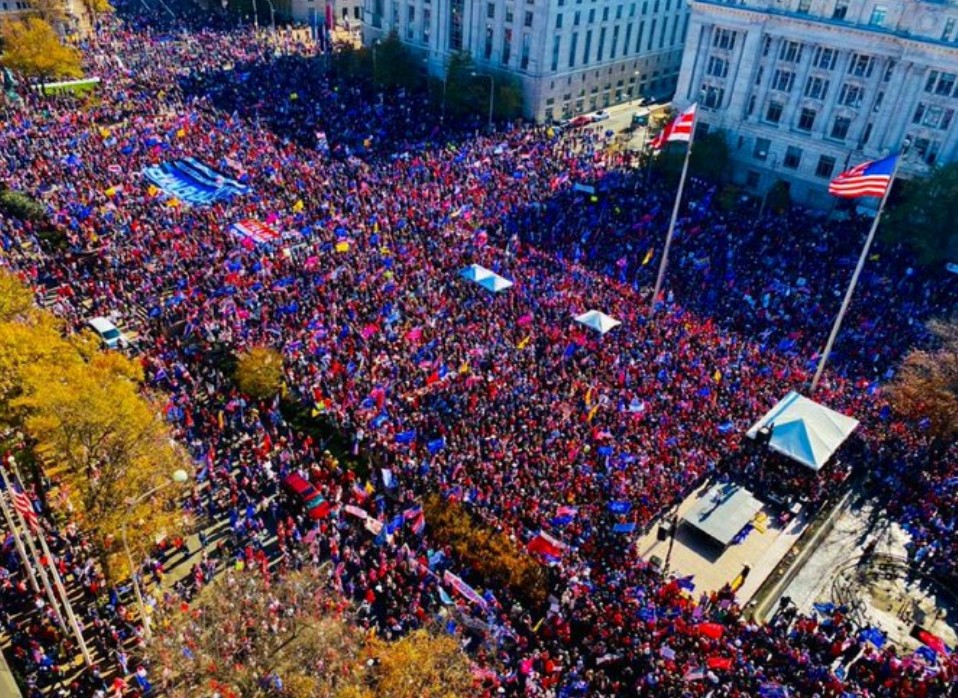 US President Donald Trump has slammed the media for not showing the Million MAGA March staged for him by his supporters.

Trump’s supporters stormed the streets with MAGA hats and flags to show that they are standing with him no matter what the final outcome of the US election will be.

However, the rally hasn’t gotten much coverage from the media.

“@FoxNews and the Fake News Networks aren’t showing these massive gatherings. Instead they have their reporters standing in almost empty streets. We now have SUPPRESSION BY THE PRESS. MAGA!”

Trump is yet to concede defeat to Joe Biden who has been projected by the media as the winner of the 2020 US election.

MORE READING!  Femi Fani-Kayode: The fascist liberal/left and those that hate Trump (3)

#EndSARS: Most properties destroyed in Lagos were owned by Igbos – Army