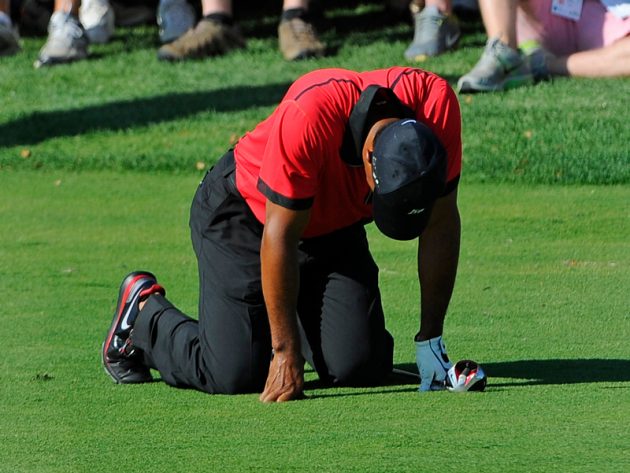 Tiger Woods has had another back operation and will skip at least two events.
But the former world number one said online on Tuesday that he intends to return to the PGA Tour.

The 45-year-old said he had “a microdiscectomy” which was to alleviate nerve pain in his lower back.

Woods will not compete in the coming Farmers Insurance Open or the Genesis Invitational next month.

The 15-times major champion has long had problems with his back having undergone several previous operations.

Related Topics:backsurgerytiger wood
Up Next