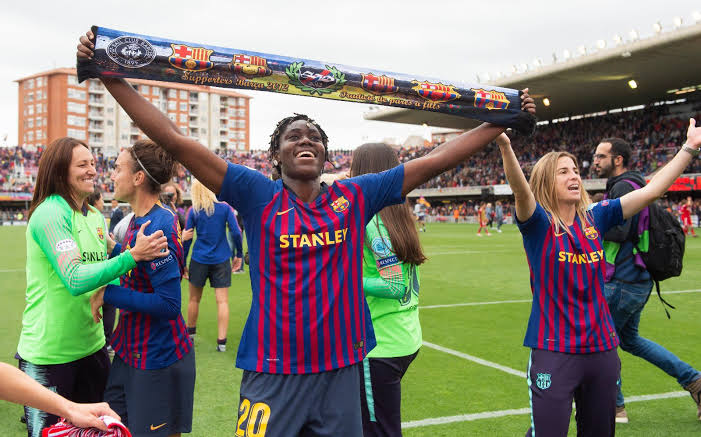 Oshola missed the Santa Teresa triumph after hurting herself in the first leg of the Champions League quarter-final match against Danish champions Fortuna Hjorring last month.

She was later cleared to take part in the second leg against Fortuna in the Women’s Champions League, a move which aggravated the injury after featuring in five successive matches.

Barcelona have now confirmed the 26-year-old’s operation carried out on her right foot by Dr Josep Dalmau at the club’s facility went well.

“According to the Club’s Medical Services, player Asisat Oshoala underwent surgery on her right foot on Tuesday,” a statement from the club website read.

“The player had been suffering from discomfort for a few weeks, which had caused her to miss a game, such as the one at Santa Teresa.

“The intervention was given by Dr Dalmau, under the supervision of the Medical Services of FC Barcelona. The recovery of the player will mark her return to the field of play.”

Oshoala has featured in 20 Spanish league games in the 2020-21 campaign with 15 goals to her credit.