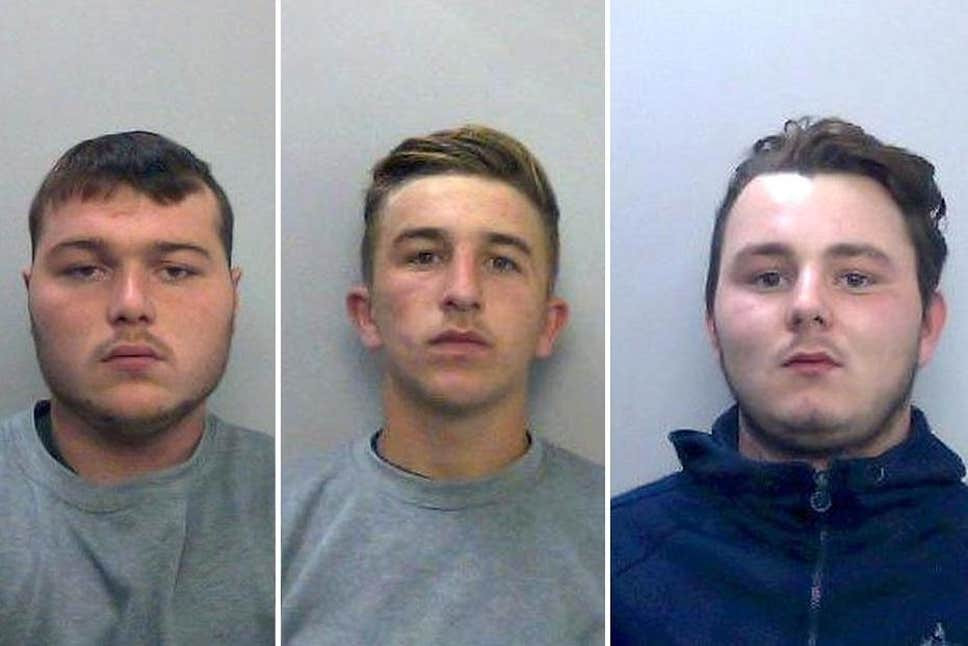 The three teenagers who dragged a British policeman to his death when he got caught on their vehicle have been jailed for a total of 42 years.

Henry Long, 19, was behind the wheel of a Seat Toledo with 18-year-olds Jessie Cole and Albert Bowers in the passenger seats as they pulled PC Andrew Harper down a Berkshire country lane for more than a mile.

The policeman was killed in August 2019 as he attended to the scene of a reported bike robbery in Berkshire, west of London when his feet became entangled in a tow rope when the thieves fled the scene.

They argued it was a “freak” incident and were acquitted of murder, but today they were sentenced for the manslaughter of PC Harper as well as the conspiracy to steal the quad bike.

Mr. Justice Edis sentenced Long to 16 years behind bars and jailed Cole and Bowers for 13 years. All must serve two-thirds of their sentence.

He said the defendants killed “a talented and brave young police officer” and “rejected” the suggestion that the defendants showed remorse for their actions.

Justice Edis added: “In better language, you killed a talented and brave young police officer who was going above and beyond his duty in order to provide a public service.

“You did so because you have deliberately decided to expose any police officer that got in your way to a risk of death.”

PC Harper’s heartbroken widow Lissie broke down in tears in court and described the “indescribable trauma” she has endured since her husband’s death.

“My husband was brutally killed four weeks after our wedding day”, she said. “My life often feels bleak, hopeless, irreparable.”

She told the court: “Not only did these men take this man from me, but they also took our future too. They took more than one life away that day, they stole the person I used to be.”