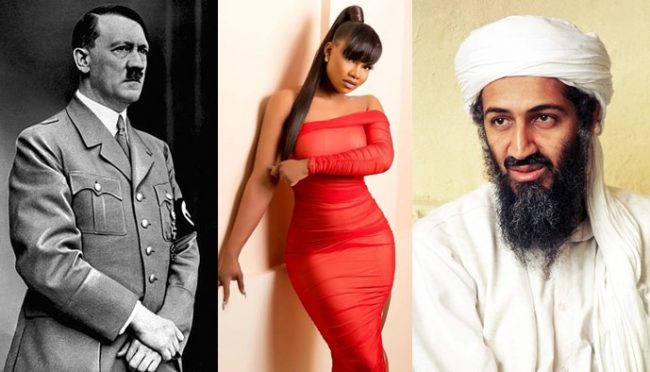 Tacha recently released a list of famous people who inspire her.

Tacha’s list which boasts of an array of great and controversial men in history.

Many of her fans thought the list was ‘cool’ until they began sighting names like Adolf Hitler and Osama Bin Laden.

[email protected] is better than sleeping around – Ex-Beauty Queen