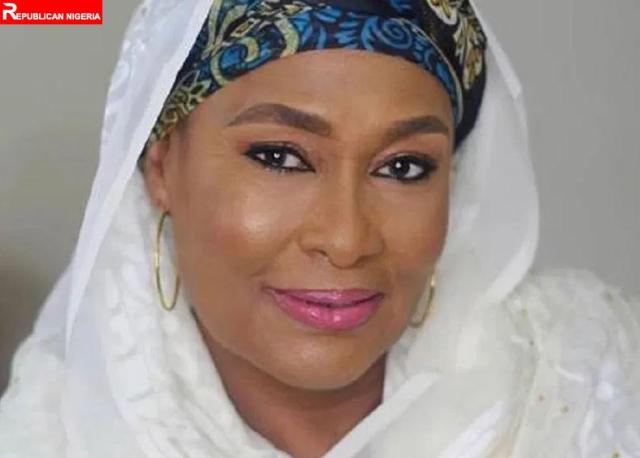 One of the oldest and popular thespians in Kannywood, Hajiya Zainab Booth, has been reported dead.

According to sources, Zainab, who was the mother of three actors Maryam, Ramadan, and Amude Booth, died last night in Kano.

Her daughter, Maryam confirmed her death in a heartbreaking post on Instagram, where she also stated that her mother will be buried after janaza (funeral prayers) at her Court Road residence at 8 am today, July 2. 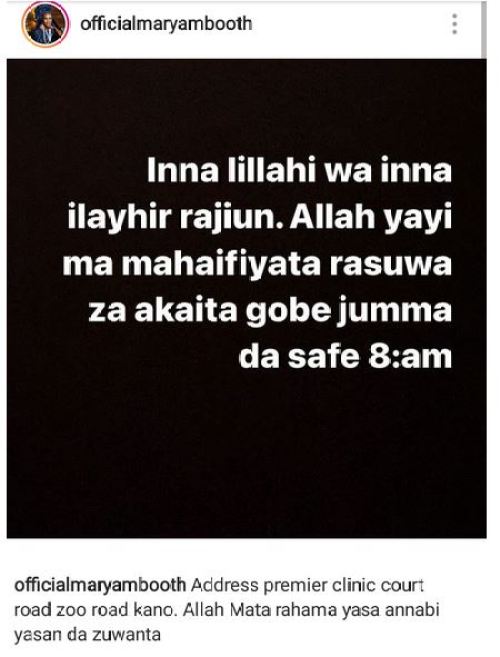