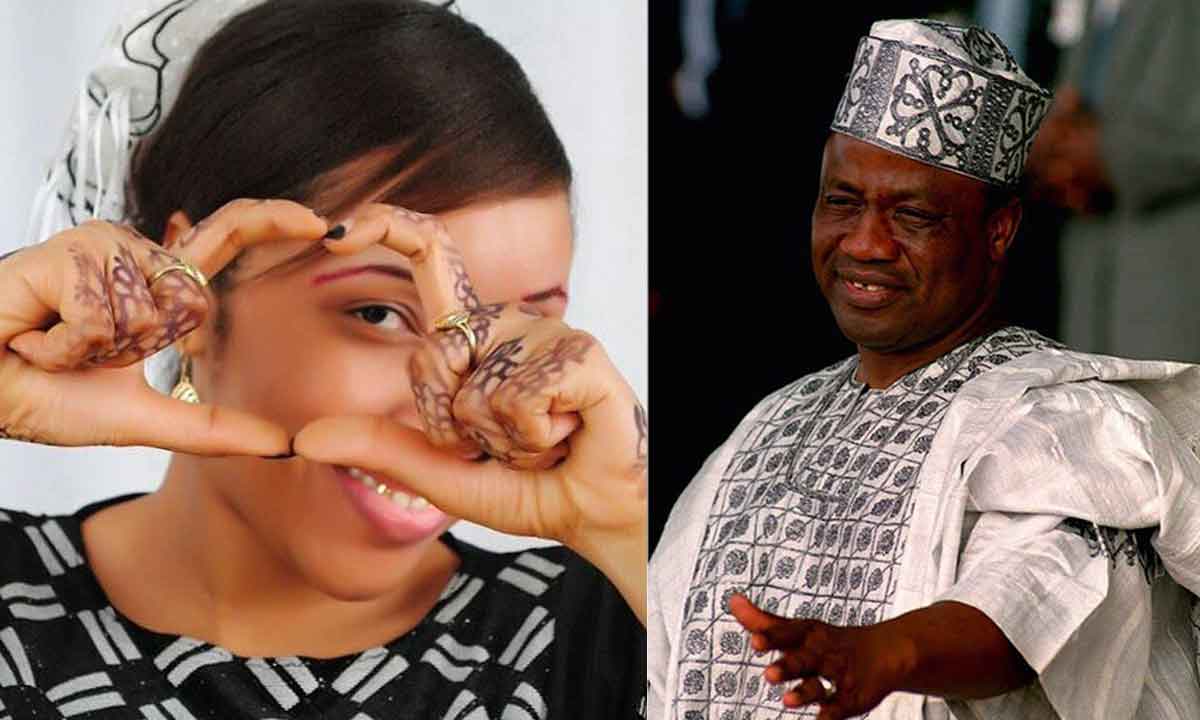 Ibrahim Badamasi Babangida, who has been rechristened as IBB, is a retired Army general who ruled Nigeria from 27 August 1985 until his resignation in August 1993.

He was also nicknamed, ‘Maradona’ and ‘the Evil Genius’ for his political manoeuvring.

In recent times, there had been social media allegations that the actress was in a sizzling romance with the former head of state.

The speculations have however been confirmed by the Kannywood actress who confirmed the relationship.
Daily Trust reported that the actress admitted ending her relationship with IBB.

“Former Head of State General Ibrahim Badamasi Babangida was my boyfriend then but not anymore.

“However, we are presently friends and we respect each other. Currently, I have a boyfriend who is not in the entertainment industry and we are planning to get married, God willing.”

Her confession seemed to have come to many as a shock but IBB’s media team is yet to react to Zee Zee’s claim.

Recall that the former head of state lost Maryam, his wife in 2009 and has resisted all pressures mounted on him to remarry since then.

The actress controversial remark is coming months after Africa’s richest man, Aliko Dangote was embroiled in a relationship scandal which has also been subjected to media trial.

The former head of State is rumoured to be worth over US$5 billion.

He is believed to secretly possess a multi-billion dollar fortune via successive ownership of stakes in a number of Nigerian companies.

In 2011, according to a Forbes article, Babangida is estimated to be worth US$12 billion.

However, the ‘Maradona’ has rejected the claims, and insists his government “were saints”.