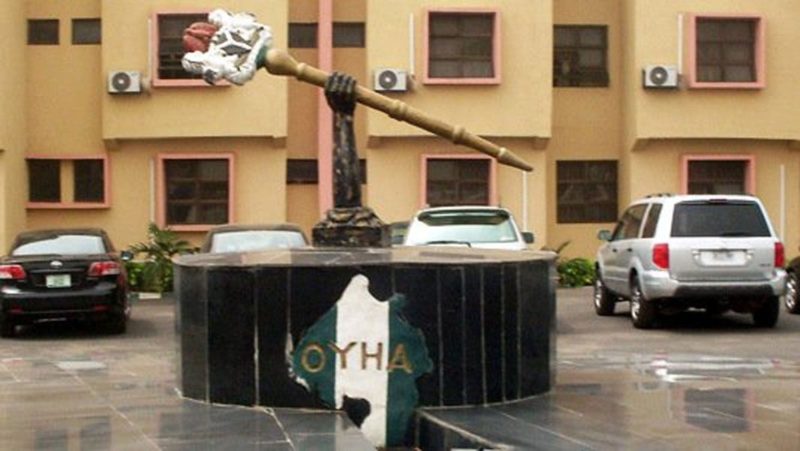 Legislative workers under the auspices of the Parliamentary Staff Association of Nigeria (Oyo Chapter) on Tuesday shut all the entrance gates of the State Assembly complex in compliance with the directive of the National leadership of the association.

The protest signals commencement of an indefinite strike by the workers and the total shut down of the legislative arm.

The protesting workers, dressed in their official uniform carried placards and sang solidarity songs to express their agitation against the continuous suppression of the legislative arm of government under the executive arm.

Some of the grievances as expressed on the placards read:

“Give us our autonomy. Enough is enough”, “We say no to executive slavery”, “Legislative arm is a separate arm of government”,

“AGF, implement Order 10, 2020”, “Legislative financial autonomy is a constitutional right” among others.

The protesting workers who assembled at the House of Assembly Complex blocked the main entrance with about three vehicles, chanting solidarity songs.

JUST IN: Chaos as suspected militants blow up Agip pipelines in Bayelsa