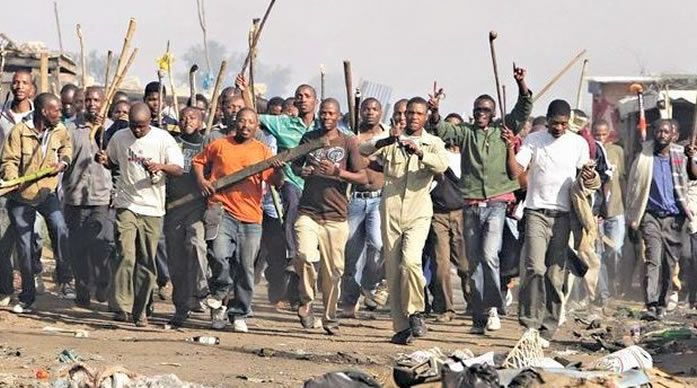 An unidentified person has been beheaded following the killing of six suspected cult members of the Black Axe confraternity in Asaba, Delta State, in a cult clash.

The PUNCH reports that the fresh killing comes after a former Chairman of the Nigeria Union of Local Government Employees was killed on Monday around 7am by suspected members of the Black Axe confraternity.

It was gathered that the development led to the killing of six persons between 6pm on Monday and 7am on Tuesday, including a 67-year-old surveyor in the capital.

The sexagenarian was reportedly killed at his home on a street opposite the Stephen Keshi Stadium, Umuagu, Asaba, around 6pm on Monday, while five yet-to-be-identified others were killed in different locations in the state capital.

The head of one of the victims, who was decapitated, was said to have been taken to the Oshimili South Local Government Area junction early Tuesday, while the body was dropped in the Otuagu area of Asaba.

The cult war in the state capital, which has claimed several lives, is forcing many young people to relocate temporarily out of the city.

Our correspondent gathered that the warring cults, Aro-Bagar and Balck Axe, were targeting the elders (Capon) of their various groups.

The state acting Police Public Relations Officer, DSP Bright Edafe, said he was only aware of the killing of three persons.

“The police are on the situation,” he added.