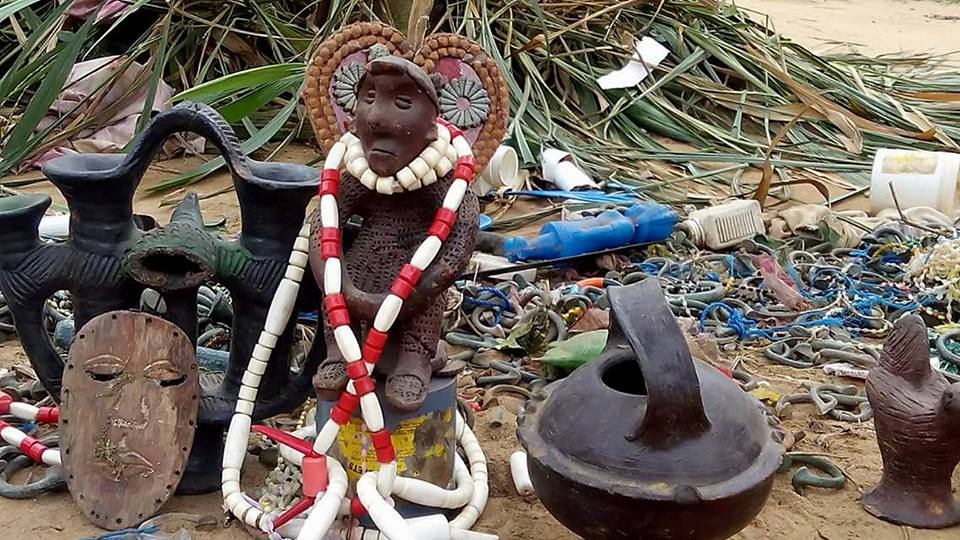 Pandemonium in Ondo council as some objects suspected to be charms or voodoos were reportedly found in the office of the Caretaker Chairman, Okitipupa Local Government, Mr Abayomi Adesanya.

Newsmen learnt that the fetish items were placed in the office of the chairman which reportedly created tension in the secretariat.

It was also learnt that some yet-to-be-identified persons allegedly dropped the objects with the intention to create confusion in the council.

The council chairman identified as Omo’ba Abayomi Adesanya expressed shock over the placement of fetish objects in his office while reacting to the incident.

The council boss said that perpetrators of the devilish act have failed in their plot.

“God will expose all the conspirators in no distance time”.

Abayomi urged staff of the council to be calm and enjoined those working in his office to go about their official duties without any fears.

Related Topics:charmsOndo Council
Up Next

Rapist, 18, jailed after his parents made him report himself to Police