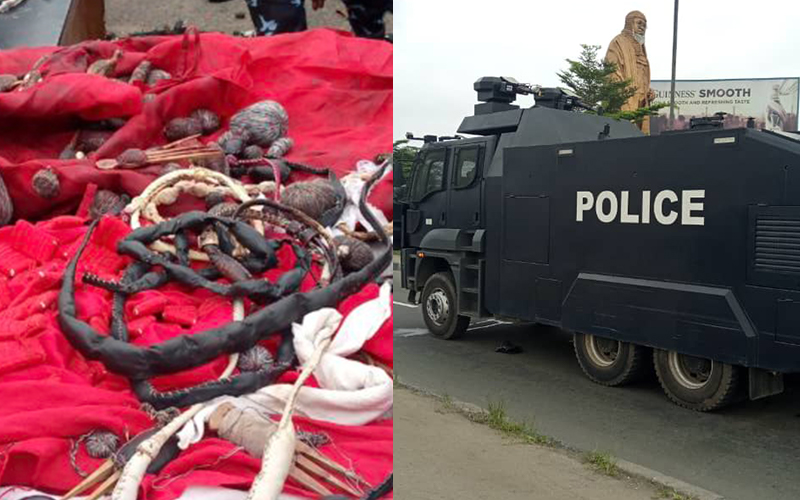 The Lagos State Police Command has reportedly confiscated a number of arms and charms from some protesters during the Yoruba Nation rally held in the Ojota area of Lagos State on Saturday.
Tribune reported that the collections of charms, arms, and ammunition, including vehicles, were recovered by security operatives who arrested a number of protesters during the rally.

The arrested persons are being held at the state command headquarters in Ikeja, according to the report.

See photos via Tribune below: 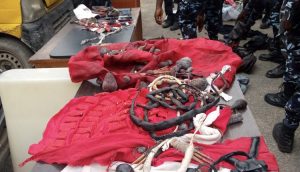 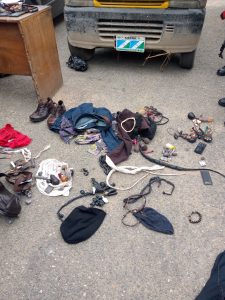 Related Topics:charmsLagosPoliceProtestersYoruba Nation rally
Up Next