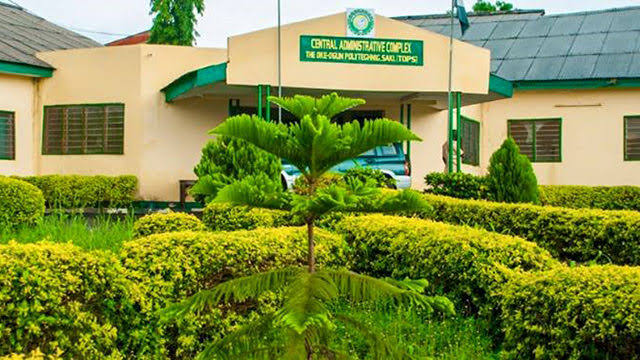 The Governing Council of the Oke Ogun Polytechnic, Saki in Oyo State has announced the dissolution of its current management and the appointment of a new team to lead the Institution.

The council announced the dissolution of the management and the removal of the Acting Rector of the institution, Esv Kayode Ogunmola on Wednesday.

It, however, appointed another Acting Rector, Engineer M.B. Fasasi.

Also appointed by the governing council are Mr B.L.Ojo who will serve as the Acting Registrar while Mr. Malik Abudulaziz will Act in the capacity of a Bursar.

In an official letter addressed to the new acting Rector, Engr. M.B Fasasi, the governing council said, “I am delighted to inform you that the Governing Council of The Oke Ogun Polytechnic Saki (TOPS) at its meeting held today 30th December 2020 appointed you as Acting Rector for the Institution.”

The letter maintained that the appointment of the New Acting Rector takes effect from the first day in the first month of January in 2021, 1st of January, 2021.

The new Acting Rector, Fasasi, is a Senior Lecturer in the institution.

VIDEO: Moment son surprised mum with visit after 13 years in the US