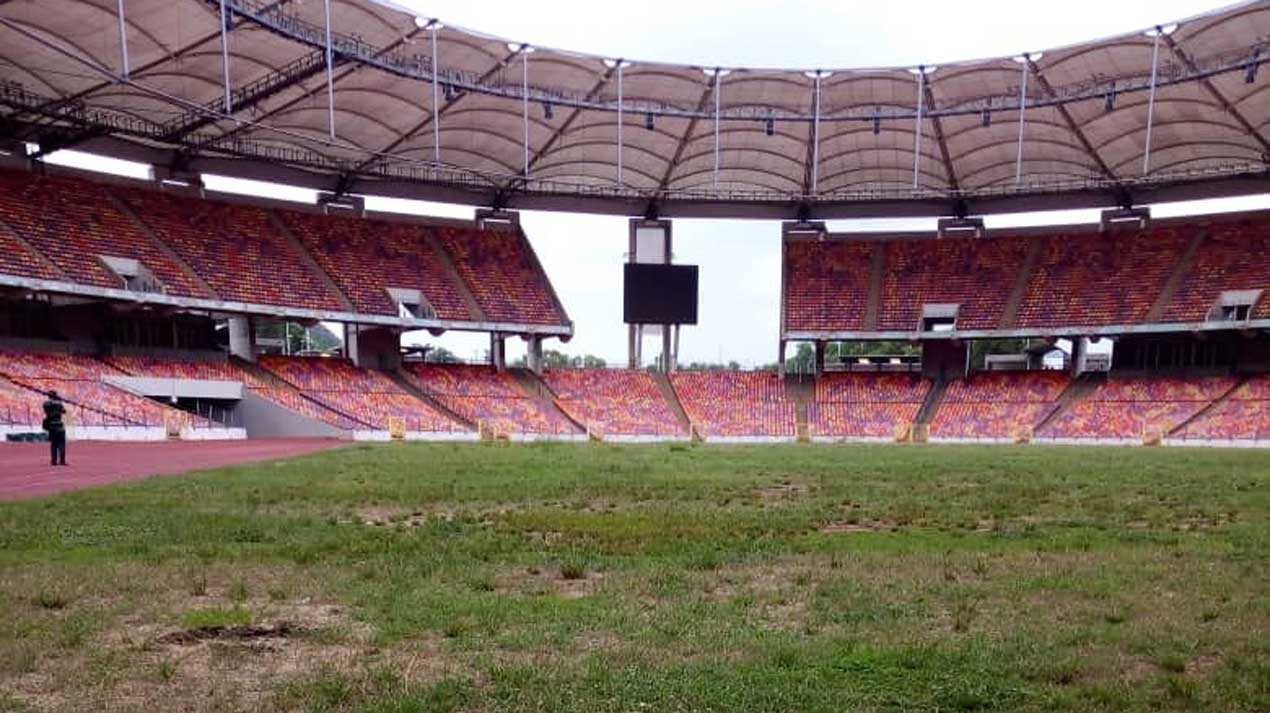 Minister of Youth and Sports, Sunday Dare has pledged that the Moshood Abiola national stadium main bowl pitch will be re-grassed and rehabilitated to world-class standards by April 2021.

The minister made the pledge on Wednesday in Abuja at the handover ceremony of the pitch to the contractor for the re-grassing, fixing of scoreboards, and rehabilitation of the main bowl.

Newsmen reports that the minister had in Nov. 2019 announced a partnership with Africa’s richest man Alhaji Aliko Dangote for the rehabilitation of the stadium.

The initial plan was to have the stadium ready by March but the outbreak of the global Coronavirus and some contractual details stalled the take-off of the project.

Dare while handing over the project to the contractor said the feat will bring back the stadium to global reckoning as the citadel of sporting excellence.

“It gives me great honor to welcome you all to the handing over ceremony of the main bowl pitch of the Moshood Abiola National stadium to the Contractor, Aron Nig. Ltd. for the rehabilitation works.

“This is in fulfillment of our promise to restore this great edifice as a citadel of sporting excellence and an action spot for our sportsmen and women,” he said.

Dare however called on more private corporations to take a cue from Dangote and chief Adebutu Kensington in a bid to renovate and maintain sporting facilities across the country.

He expressed optimism that the “adopt a pitch/athlete” initiative by the ministry will go a long way in developing and producing world-class sports facilities and athletes in the country.

He said Dangote had expressed commitment to spend one million dollars to rehabilitate the stadium, thereby creating an avenue for Nigerian youths to thrive and also stimulate the economy.

Sen. Obinna Ogba, Chairman Senate Committee on Sports commended the initiative but stressed the need for maintenance of sporting facilities across the country.

Newsmen reports that the main bowl of the stadium has been abandoned for some time, because of the poor state of the pitch.

The Super Eagles who hitherto played their home matches there have since relocated to Uyo and Asaba because of the poor playing turf.

Related Topics:Moshood Abiola Stadium
Up Next