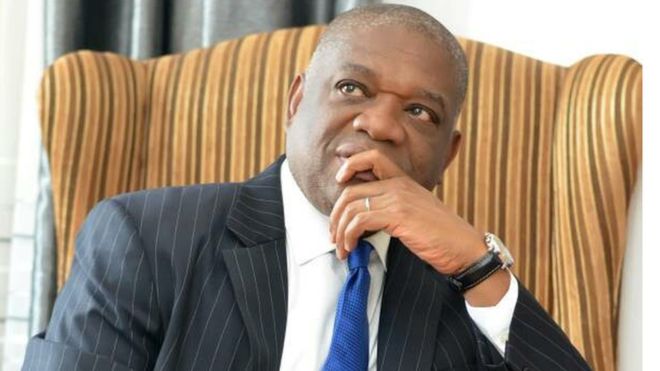 The Chairman of the All Progressives Congress in the state, Chief Donatus Nwankpa, said in an interview that he was disappointed and angry with the judgment.

Nwankpa, who was a member of the Abia House of Assembly when Kalu was governor, said that the judgment was not fair.

“The party will meet to take a position on the judgment but as an individual, I am very saddened by the judgment.

“I am not convinced that judgment was given,” he said, adding that the court’s verdict sustained his doubts about the integrity and objectivity of the nation’s judiciary.

Nwankpa said that he never had the confidence that Kalu would get judgment, “considering the utterances of the judge.”

“I’m highly convinced that something went wrong. The judgment is not fair,” he said.

According to him, “if Kalu was found wanting as governor of the state, he should face judgment. It is a normal thing and goes to prove that nobody is above the law.”

Igara, who is the state Chairman of the Labour Party, said that the judgment was supposed to teach two lessons.

He said, “The first lesson for those who are in government and second for others who intend to take over is that whatever they do, there is always a judgment day.”

Mr Maduka Okoro, the South-East Media Aide to Kalu, told NAN that Kalu would appeal the judgment “to allow other judges and a higher court take another look at the case.”

MORE READING!  Soyinka rules out application for US Green Card, says he's 'trapped in one sh**hole'

Okoro said that Kalu was not bothered by the judgment but considered it as one of the travails that every leader must experience “before becoming what God wants him to be.”

He expressed optimism that the judgement would be reversed by a higher court, adding that Kalu would be acquitted at last.

He said that as governor, Kalu administered Abia transparently and never defrauded the state.

Kalu was Abia governor from 1999 to 2007 and won election to the Senate in the 2019 election, after three attempts.